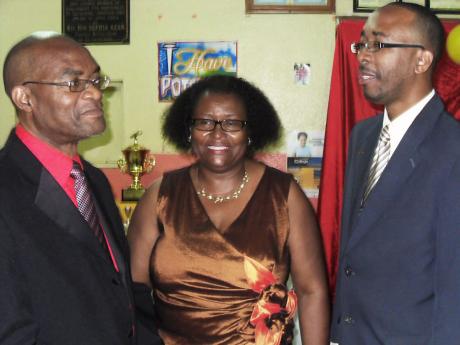 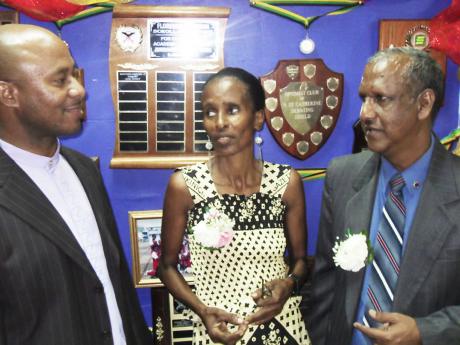 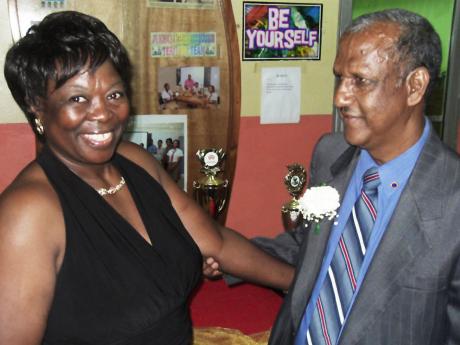 LINSTEAD, St Catherine:IT WAS a golden jubilation, as three retired educators, who gave 50 years of combined service to Charlemont High School in St Catherine, were honoured at an appreciation function held at the school earlier this month.

Williams, who began his career as a geography teacher at Camperdown High School in Kingston and was later elevated to vice-principal, became Charlemont's principal in 1994.

According to his citation read by Claudia Collins, who served as secretary during his tenure, Williams sought every opportunity to unveil his talents and skills, both as an educator and builder.

"Under his leadership, the sixth-form programme was introduced and the school was identified to pilot subjects at the Caribbean Secondary Education Certificate and the Caribbean Advanced Proficiency examinations," noted Collins.

Williams, who served the Inter Secondary Schools Association (ISSA) as treasurer for 17 years, has been credited with the development of sports, particularly track and field, resulting in Charlemont's participation in ISSA competitions, and the creation of one of the world's fastest men, Asafa Powell.

Ferguson, honoured in absentia has the distinction of being the first teacher to sign the register at the inception of Charlemont High School in 1978.

During her 26-year-tenure at the institution established by late Member of Parliament Jack Stephenson, she served as a class teacher, head of the Spanish Department as well as acting vice-principal and acting principal.

"Spanish was not merely a theoretical subject for Mrs Ferguson. She inculcated in her students a love for the language making it come alive in spoken form through festivals and quiz competition," teachers, Karen Lee and Soraya Barnes highlighted while presenting her citation.

Prior to joining the staff, in September 2002, as a teacher of information technology, Anderson who was hailed as kind, helpful and a very good team player, worked in the private sector.

"She was seen as one who possessed a reservoir of knowledge. She was always ready to give assistance when called upon, no matter how sudden or demanding the request was," teacher Alston Hemmings cited.

Custos of St Catherine, the Reverend Sofia Azan lauded the stalwarts for their years of unstinting service, achievements and invaluable contribution to nation building.

"Their dedication and sacrificial leadership has left an indelible mark in the field of education investing and shaping the lives of our children. They exuded vibrancy and tenacity of purpose at Charlemont High School during their tenure," noted Custos Azan.

At the same time, he implored active teachers to take retirement seriously, and ensure that they prepare adequately for those years.