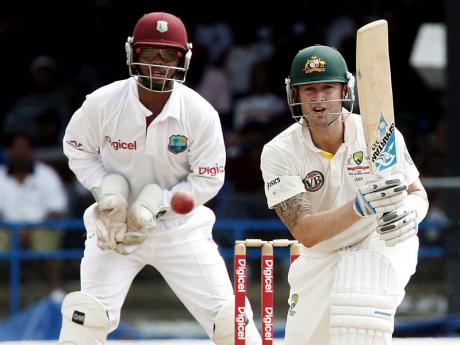 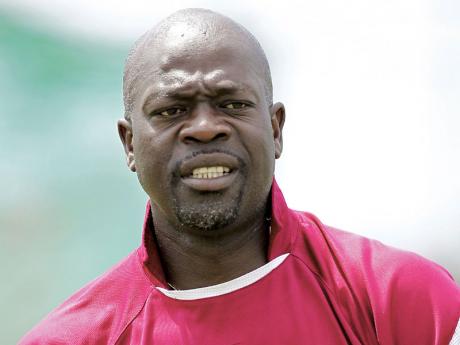 PORT-OF-SPAIN, Trinidad (CMC):West Indies coach Ottis Gibson this week criticised the use of the controversial Decision Review System (DRS) but his comments have now seen him fined by the International Cricket Council.

Speaking on the third evening of the second Test which ended here Thursday, Gibson said the system had worked against West Indies in the series against Australia and pointed out that if all the technology available was not going to be used, then the ICC should scrap the DRS.

"Over the course of the two Test matches, the way that it's panned out with the decisions that have gone against us, in Barbados we had a man out and then he was given not out with the use of the cameras, and so on.

"For us sitting watching it, we didn't see anything conclusive to say he had hit it or had not hit it, so therefore we thought that the decision the umpire made should have stood but that was overruled."

Gibson was referring to Australia captain Michael Clarke who was given out caught behind for 21 during the first innings of the opening Test in Barbados but got the decision overturned after he appealed, despite the absence of conclusive evidence that he had not hit the ball.

Clarke went on to make 73 and Australia got within 43 runs of West Indies' first innings of 449 for nine declared.

Yesterday, however, the ICC fined Gibson 20 per cent of his match fee for breaching its Code of Conduct relating to inappropriate public comments.

"In the pre-series meetings it was agreed that players and coaches should not engage in negative media comments," match referee Jeff Crowe said.

"Ottis accepts that he overstepped the mark during the game and has now accepted his sanction."

West Indies have lost several close DRS appeals during the series, decisions they felt could have changed the course of the series.

In his comments on Tuesday, Gibson said the decisions had been difficult to take but the Windies had kept their chins up.

"There are a lot of things that have gone against us in Barbados and here (the second Test) as well and it's tough," Gibson said.

"It's tough ... we know that the Aussies are better than us but we know we have to give them a challenge but all these little things go against you. You can't cry over spilt milk or whatever, you've got to keep getting yourself up and going.

"It's tough but the guys, credit to them, they've kept coming back all the time and have been very competitive."