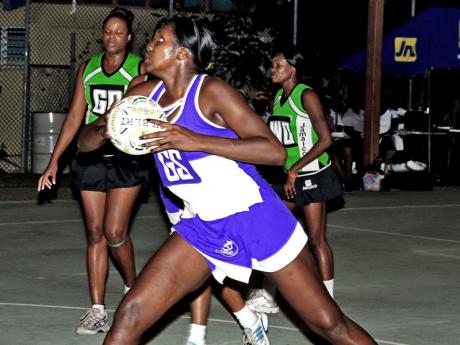 A pulsating encounter is expected when Tivoli Gardens 'A' and Waulgrovians 'A' clash in today's feature game of the Jamaica Netball Association (JNA) Berger Paints Super League at the Leila Robinson Courts starting at 7 p.m.

Tivoli, who last won the title in 2010, will be going all out to score as many points as possible, as only the top two teams with the most points at the end of the round will advance to the final.

The Sylvester Campbell-coached team will be relying heavily on the likes of national representatives Kasey Evering and Jodi-Ann Ffrench, along with national coach Oberon Pitterson, former national players Cleopatra Grant, Tamara Hylton, and Peter-Gay Thomas to the lead their charge to victory.

"We have to win and win big," said Campbell. "With this new format, it is only the teams with the most goals that will contest the final."

Campbell added: "We have played three good games so far and the team looks very sharp and once we are able to maintain the high-quality netball that we have playing, then we should win the game."

On the other hand, Jhaniele Fowler, a senior member of the Waulgrovians, who have registered two victories and a tie from their three outings this season, said they are confident of victory.

"It is going to be a challenging game for us, but I know that my team has the depth and strength to defeat Tivoli," said Fowler.

"We have been playing well so far this season and I believe that once we play a controlled game and stay focused, then we can beat them," Fowler added.

In addition to Fowler, Waulgrovians will be depending heavily on senior players Nordia Hanson and Paula Thompson to lead their charge to victory.