Miller has eyes on Windies recall 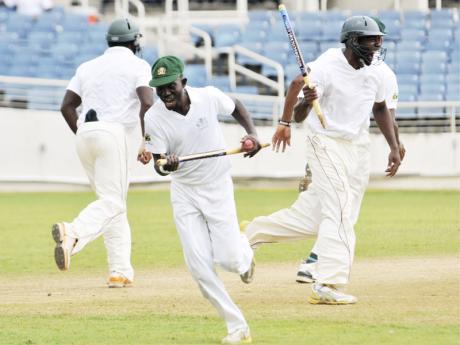 Jamaica's left-arm spinner, Nikita Miller, is eyeing a recall to the West Indies line-up.Miller, who ended the just-concluded West Indies Regional Four-Day Tournament with the most wickets, lauded the current spinners in the West Indies team, but is confident he can get back into the side.

"I think the bowlers that we have are doing a very good job at the moment, but if I were to get another chance, I would try my best to do better than I did the first time around," said Miller, who claimed 49 wickets in eight matches at an average of 10.75.

"Since I have started playing cricket at the regional level overall, this has been one of my best seasons.

"My coach is always telling me that 'the older you get is the better you get as a spinner', and I think that is coming through at the moment," he added.

The 29-year-old, who last represented the West Indies in a warm-up match against Ireland during last year's ICC World Cup, has been pushed down the pecking order by the emergence of leg-spinner Davendra Bishoo and off-spinner Sunil Narine, as well as the return to action of Shane Shillingford.

However, rather than rolling over and playing dead, Miller, who has represented the West Indies in one Test, 39 one-day internationals, and seven Twenty20 Internationals, has responded the best way he could.

Miller, meanwhile, says he plans to keep fit and ready in case the regional selectors decide to give him a call-up. He will turn out for Melbourne in the national two-day Senior Cup, which is slated to bowl off next weekend.