US authors to host writers' workshop with Jamaican police 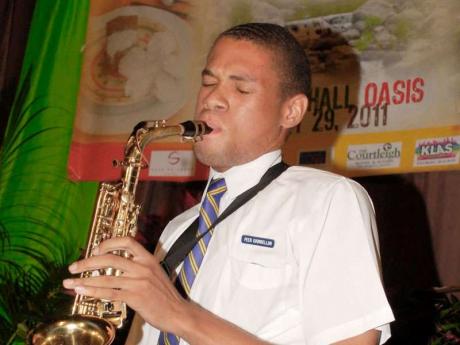 High-profile presenters at next weekend's Kingston Pon Di River literature, music and art festival, Jonathan Eig and Charlie Newton, will be hosting a writer's workshop for members of the Jamaica Constabulary Force (JCF) who want to hone their creative talent and learn the ropes of authorship and the publishing world.

The Jamaica Police Writers' Series workshop will be hosted by The Jamaica Pegasus hotel on Friday, April 27 from 2 p.m. to 4 p.m. Policemen and policewomen of every rank are invited.

Eig is a best-selling United States author who has written baseball biographies Opening Day and Luckiest Man on famed players such as Jackie Robinson and Lou Gehrig. His latest work was the 2007 book Get Capone.

Newton is an award-winning novelist responsible for works such as Start Shooting and Calumet City.

According to Newton, the seminar, organised by Dynamic Event Services (DES), seeks to encourage law enforcers to open up on matters close to their heart such as job and family, as well as express themselves on issues ranging from music to art to nationhood.

"It is about bringing new voices to the social dialogue which shapes our society, voices that have valuable experiences and facts, but currently lack the media access and the ability to articulate what they know," Newton explained.

"Those who pass through the steps Jon and I teach will be provided ongoing mentoring in the craft, and the best of them will be given an inside track on getting their work published."

Newton has sought to assure police personnel attending the workshop that they should not be intimidated by the prospect of writing and publishing. He also urged them not to believe that a lack of formal literary education at the highest level will prevent them from becoming best-selling authors. But he warns that authorship is a study in concentration and hard work.

"To progress beyond the beginning stage, what they lack in formal skills, it is up to them to learn as I did.

"Make no mistake, this is a brutal business and only those with great luck or persistence, or both, will succeed," Newton added.

Newton and Eig have hosted writer's workshops with the Chicago Police Department and have got cops to loosen up and let their inner scribe rule. The straight-talking duo advise police personnel that being brutally honest and open allows writers to really achieve their creative peak.

Newton and Eig will participate in the Kingston Pon Di River literature, music and art festival at Boone Hall Oasis on Saturday, April 28 and Sunday, April 29. A host of Jamaican and foreign authors, singers and musicians will take the stage.