Outdated widescreen TVs could be dumped on Jamaica 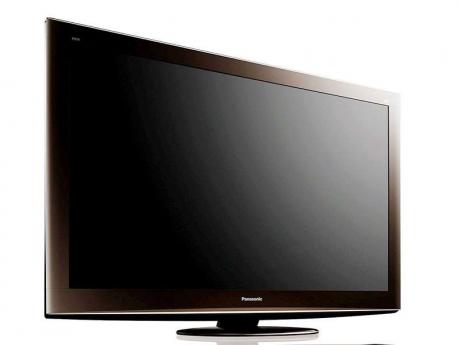 The concerns arose amid local preparations to switch over to digital television starting 2015 with an undisclosed deadline.

Information Minister Sandrea Falconer has warned that consumers must therefore take heed when buying new television sets since they may be analogue and therefore not work in as early as three years.

"Our concern is that some merchants may dump analogue TVs on Jamaica from jurisdictions that phased out analogue TVs. Consumers have to be aware of the TVs they will buy because they won't be able to use analogue TVs after the switchover," said Falconer in an interview with Sunday Business last Thursday.

Jamaicans are mostly ignorant to the implications of the switchover and the government plans to start an educational programme soon.

Additionally, government agencies, including the Anti-Dumping Commission and the Consumer Affairs Commission, will monitor the television market in order to protect consumers during the switching over period, she said.

Marketing representatives at two of the island's largest retailers - Courts Jamaica and Singer - were unavailable for comment when Sunday Business tried to contact them.

Last Wednesday, a meeting of representatives of the National Digital Switchover Committee held at Jamaica House announced plans to conduct a study on the social and economic costs of the digital switchover. It will cost J$3 million to conduct the study, Falconer revealed.

Digital televisions usually contain a label identifier on the set, it carries no antennas, and there is no static (snow) on channels without signals.

The value of digital television to consumers is increased channel options and newer broadcast technology.

"Our engagement must therefore be focused around getting public input and ensuring Jamaicans will anticipate and take full advantage of the broad and enriched media experience that digital transmission brings," Falconer said in statement issued earlier.

"This must be characterised, of course, by high technical quality, new features delivered through utilisation of multimedia applications, and high levels of interactivity in step with the Jamaican culture, demand and vision," the minister said.

Digital television involves coding video and audio signals into a stream of computerised data. It comes with the switching-off of analogue transmissions on a planned basis, enforced by the Government.

Jamaica will lead the Anglophone Caribbean in its switch to digital television, said Falconer.

In the study, a cost-benefit analysis of the digital switchover process will be undertaken, as well as estimation of the value of the released spectrum for the switchover, cost points and options for funding; technology selection, access and usability by persons with disabilities or other vulnerable groups, and environmental considerations.

"The study will inform us on the steps needed to go forward," she explained.

The Government has also applied to the International Telecommunications Union for funding to establish a digital switchover project unit.

The Media Association Jamaica Ltd has in the past argued that the switchover will prove costly for companies, especially the licensed three free-to-air television operators - CVM, Television Jamaica (TVJ) and LOVE 101 TV.

This is predicated on the necessity to acquire new production equipment, including cameras and data-gathering systems, studio facilities, and transmission devices.