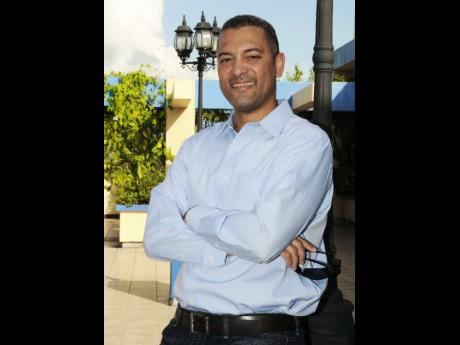 One hundred years ago, on the night of April 14, 1912, the White Star Liner's Titanic kissed an iceberg in the North Atlantic. Of the 2,240 passengers and crew on-board, only 705 survived. This was the ship's maiden voyage, and it had famously been said that the Titanic's watertight compartments made it "practically unsinkable".

The accident occurred about 11:40 p.m. An hour before, another ship had attempted to warn the Titanic about the ice, but the Titanic's stressed-out wireless operator who was working on private messages flying back and forth about the magnificent journey, replied, "Shut up, shut up, I'm busy ... ." The ship then took two hours and 40 minutes to founder and slip below the calm, but freezing ocean. Most of the deaths were caused by cold.

Benjamin Guggenheim assessed the situation and decided to retire his life vest. Instead, he went back to his room with his valet, put on a white tie and tails, and said, "We are dressed in our best and are prepared to go down like gentlemen." John Jacob Astor IV seems to have acquitted himself well, if not quite as stylishly. He helped his young wife on to a lifeboat and then proceeded to help others. Although I wish he had, when the ship hit, Astor did not say, "I asked for ice, but this is ridiculous!" Mrs Isidore Straus refused to get into a lifeboat and leave her husband, the co-owner of Macy's, saying like a modern-day Ruth, "Where you go, I go."

We like to think of ourselves as more cosmopolitan and globally aware than our countrymen 100 years ago, but after nosing through some Gleaner editions of around the time of the sinking of the Titanic, I'm not as confident. That assumption may just be conceit.

The Gleaner reported on April 24, 1912: "The Titanic disaster has been the all-absorbing topic of conversation ever since it occurred, and so it was not strange on Sunday last to hear all or almost all of the clergymen in Kingston referring to it and portraying all the harrowing and woeful scenes which must have attended it."

The tragedy formed the basis of the Rev C.E. Jarvis' sermon at the Kingston Parish Church, and that of the Rev William Graham at Scotch Kirk. At St Michael's, a Ms Beatrice Jackson, "in a manner most impressive, rendered the solo 'Nearer My God to Thee', which The Gleaner noted was "the same hymn in which, according to cable reports, the hundreds of drowning individuals had found solace". After Ms Jackson, the Rev S.O. Ormsby took a passage from the Book of Job and held forth in a manner which The Gleaner concluded "was as able as it was impressive".

Rev Ormsby preached: "No one should think it was a judgement. Retribution did not always follow the wicked. As a matter of fact, the punishment of the wicked was left for the other world, and very often they prospered here." For like the sun and rain of Matthew 5:45, the Atlantic covered righteous and unrighteous without distinction.

An awareness of our own frailty and susceptibility to tragedy does seem to stir sympathy for others so affected. So we may recall that in 1912, the men and women of Jamaica who received news of the tragedy in the North Atlantic would still have very fresh in their minds the devastation that befell Kingston in 1907.

Somewhat less obviously, Rev Ormsby also taught his parishioners, "God had ... concealed the happenings of the future, the knowledge of which would tend to make our existence miserable."

Here I mostly want to agree, but can't help feeling that a little foreknowledge of the 1907 earthquake might have helped one William Thwaites survive the calamity, which he definitely did not. So among the mourners of the 1907 devastation was Margaret Thwaites, who, widowed with six children, would have heard the preaching at Scotch Kirk after the Titanic slipped below. It was the Rev William Graham, head of the Scottish Lodge in Jamaica and sometime writer in The Gleaner, whose benevolence spared her from complete destitution. And so we find this man extending the charity of his thoughts to the Titanic sufferers and the charity of his hand to my family.

All that aside, if I had a little foretaste of the numbers in next week's lottery, or on the New York Stock Exchange, it wouldn't make me - me in particular - miserable at all.

But who knows? I would likely be dressed in a white tie and tails "asking for ice" on a transatlantic voyage shortly afterwards. Also, I wonder if the Revs Jarvis, Graham, and Ormsby, and even the songbird Ms Beatrice Jackson, would have been made more miserable with foreknowledge of what Jamaica is in April 2012? Perhaps the theology is basically sound, after all.