Macdonald gets extra personal with 'Marley' 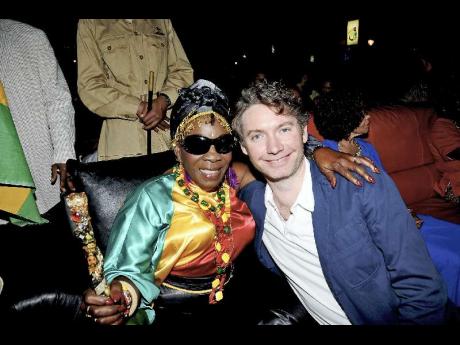 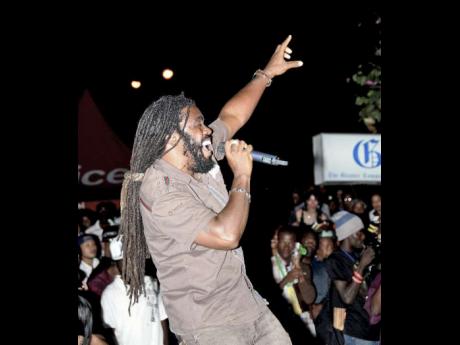 Majah Bless belts out a dub poem during activities prior to the showing of 'Bob Marley - A Definitive Story at Emancipation Park, New Kingston.
1
2

With four large screens to choose from last Thursday night, members of the huge audience at Emancipation Park, New Kingston, had several vantage points from which to watch Kevin Macdonald's Marley - A Definitive Story.

On the screen, however, in between the similar opening and closing overhead shots of Jamaican hill country, into which Bob Marley was born in Nine Miles, St Ann, and returned to final rest, Macdonald chose one perspective - very, very personal.

Ironically, he does this by having Bob talk less than would be expected, interweaving the Gong's recorded comments into the perspectives of others to give them credence (an especially painful one comes shortly after Cindy Breakspeare saying initially she did not know Marley was married and, in a clip, Bob denies being married as that is a Western tradition).

Also, in large part the music is not the accustomed Island Records and Studio One fare, although it seems there is no escaping the ultra-cheesy, well hackneyed One Love end as the credits roll. There are demo clips and acoustic clips galore throughout Marley, giving a much more personal feel than the album recordings would have. There is touching insight from an I-Three about the prelude to Marley's final concert in Pittsburgh after he had found out in New York about the extent to which cancer had spread through his body. The few hours of the sound check consisted of one song, I'm Hurting Inside.

Above all, though, Marley achieves its intensely personal scrutiny of the Tuff Gong's life through the insiders who speak in the documentary, predominantly Bunny Wailer, Cindy Breakspeare, Rita Marley and other I-Threes, artist Neville Garrick and Bread of Wailing Souls. In terms of blood family, the white side of the Marley family is brought squarely into the picture, while Cedella and Ziggy speak as his offspring.

It is from Cedella that the effect of his very public infidelity (remembering that Cindy was one of quite a few) on his family comes home, Cedella saying that when Bob did not like to know, the children knew their mother was hurting (although Rita sidesteps the issue in her comments, saying that eventually she became like her husband's guardian angel) and that was the time for special treats. And Ziggy pointed out that his father was a tough Dad, one who urged them on in competition in just about everything. And also said, when they moved uptown to 56 Hope Road and were being shut out by the neighbours, that they did not need friends as they had brothers and sisters.

It could not get more personal than the final months of Marley's life in Germany, including a sombre celebration of his 36th birthday, and retelling of how his locks grew too heavy for the few strands that stayed connected after chemotherapy, and how his hair was cut by women in his life. There was touching footage of him without his locks (but wearing a tam), Bob looking childlike.

Surprisingly, Bob is portrayed as being shy with women, initially sending letters to Rita through his friends.

There are, of course, many moments when the documentary touches on the lives of those connected with Marley, which clarify longstanding issues, like Bunny Wailer explaining that he declined to tour with The Wailers after Chris Blackwell booked them in a series of 'freak clubs'. Peter Tosh said in his clip that he left The Wailers because he needed respect and recognition, while a musician explained how he was left in a car to listen to the radio to make sure The Wailers' music was played as Allan 'Skill' Cole went to visit a radio disc jock - with a baseball bat.

It was far from roses around the Gong, as there was also a description of the extended beating former manager, the late Don Taylor, received during interrogation about a difference in money paid and received for a Gabon concert.

There were humorous moments as well, one of them coming as Bunny Wailer described The Wailers rehearsing in a graveyard, the theory being that if they were not scared by the dead they could face the living on stage with ease.

There are the standard Marley lifespan touchpoints, among them the Wailers meeting Blackwell (who has good presence in the documentary), the run-up to the Smile Jamaica concert and the 56 Hope Road shooting, exodus to London, the return to Jamaica for the One Love concert (including the Seaga-Manley handshake), the Zimbabwe Independence concert and, in the earlier days, moving to the United States briefly. The huge concert turnouts get relatively brief treatment.

However, Marley places emphasis on Bob's outsider position as a half-caste in the ghetto, making a connection with the accepting nature of Rastafari in his attraction to the movement. In doing so, though, it skirts the thread of Pan-Africanism that is best encapsulated in the Survival album, as well as Marley's strong emphasis on being African.

So, in the end, Marley has a strong tinge of Bob being a poster boy for multiculturalism - ending, inevitably and somewhat disappointingly, in the cliché One Love.

Mercifully it comes in the credits after Redemption Song (played for the death section) and Get Up Stand Up.