Shock treatment - Can JPS do more to reduce energy cost? 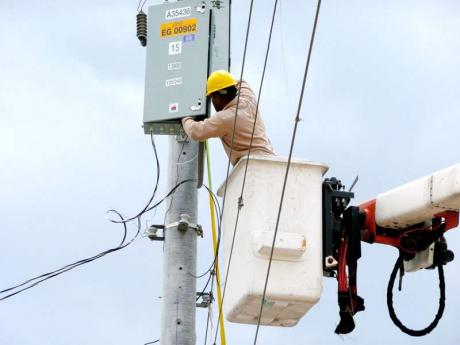 A JPS technician at work. - File 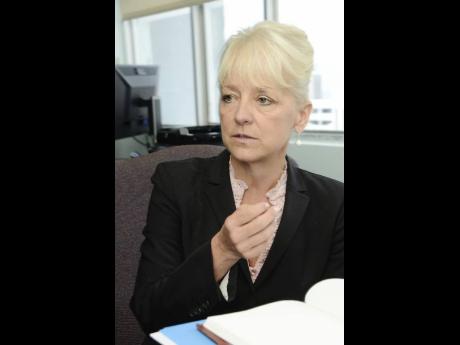 Newly installed president and CEO of JPS, Kelly A. Tomblin, will have a lot to mull over in her bid to make the utility company more efficient and profitable - Rudolph Brown/Photographer
1
2

There is general consensus that the high cost of energy is a huge constraint to significant economic growth in Jamaica. Most people seem to understand what the problem is, but what is missing is a clear strategy to find a solution.

The current Government is on a quest to induce competition in the distribution of electricity in order to break the monopoly power that Jamaica Public Service Company (JPS) has over that aspect of the electricity value chain. The University of the West Indies Think Tank on Energy published a very well-written piece in The Sunday Gleaner of April 1, 2012 outlining how competition on the distribution side of the energy value chain can lead to reduction in the price of electricity.

It is agreed that this action can lead to a reduction in the price of electricity but clearly, it is not a sufficient condition. Some actions have to be taken on the supply side as well.

JPS is the largest supplier of electricity in the market and its actions will have an impact on the directionality of prices in the marketplace. As such, it is important that JPS uses the most efficient inputs in order to give the greatest value to the consumers of electricity. An important input that JPS has to consider is the technology that is used to generate the electricity that is sold to its customers.

In 2002, JPS, under the management of Mirant, installed new combustion turbines at Bogue. These turbines were to be used as back-up to the existing JPS generation fleet, but it appears that from the very beginning they were being used for baseload, and this continues up to the present. That's another story.

The combustion turbines at Bogue, fired by expensive automotive diesel oil (ADO), operate in simple cycle mode and were later converted to combined cycle. The ADO that is used to power these combustion turbines, however, is an expensive fuel which contributes to the exorbitant cost in the generation of electricity to the Jamaican public.

Studies have shown that the efficiency in converting fuel to electricity (the heat rate) for JPS is much lower than that of other players in the industry. The Jamaica Productivity Centre study on the energy dilemma here showed that JPS's heat rate hovers around 10,000 kilojoules per kilowatt-hour, while the private independent power producers' (IPPs) heat rate hovers around 8,000 kilojoules per kilowatt-hour. The lower kilojoules indicate a higher conversion efficiency.

In percentage terms, data have shown that JPS's efficiency rates are around 30 per cent for simple-cycle combustion turbine plants (40 per cent for combined cycle, for example, JPS's Bogue plant) compared to reciprocating engines with simple-cycle efficiencies around 43-45 per cent as experienced by JEP barges at Old Harbour (dual-fuel combined cycle on heavy fuel oil (HFO) 49 per cent and on natural gas, 54 per cent).

One of the factors that have contributed to this higher level of efficiency at the IPPs, compared to the JPS, is the type of technology that is used by the former. Jamaica Energy partners (JEP), for example, uses the reciprocating diesel engines which are powered by HFO. Further, HFO has a lower market price on the spot market than ADO. As such, engines that use HFO will generate greater cost savings to the final consumers.

The average price difference between HFO and ADO is roughly US$7/MMBTU. This difference translates, on an annual basis, to more than US$63 million more than JPS has to pay for fuel. This extra cost is passed on to the consumer through higher electricity bills. From these data, it is clear that the reciprocating diesel engines will generate greater savings for both JPS and the final consumers of electricity.

Therefore, the question arises: Why was JPS allowed, in December of 2011, to win the bid for the new 360MW plant that is to come on stream soon, using the disastrous combustion turbines that they have used at the plant in Bogue? Can JPS get an alternative
bid that is based on dual-fuel reciprocating engines with superior
efficiency to the combustion turbines?

Over the last
nine years, the Bogue plant amassed an additional cost (for fuel alone)
of more than US$378 million, which is passed on to consumers in higher
electricity prices. Do we want a repeat of this with this new 360MW
plant?

The JPS predicated its bid for building the new
360MW plant on Jamaica acquiring liquefied natural gas (LNG) in the
very near future. However, even with LNG, there would be a difference in
the efficiency rate between the reciprocating diesel engines and the
combustion turbines. Further, if Jamaica is unable to secure LNG and JPS
is allowed to install the combustion turbines, we can all kiss lower
electricity prices, goodbye. JPS said as much in its press conference to
announce its intention to build the 360MW plant.

So,
if this fact is known, why did the Office of Utilities Regulation (OUR)
allow JPS to bid on the project with a technology that is so dependent
on a variable, LNG, that is way out if its control? Is the OUR aware
that the combustion turbines installed at Bogue have resulted in excess
cost to consumers because combustion turbines are unable to handle the
less-expensive HFO and are, therefore, restricted to
ADO?

Why would the OUR sanction a technology that
again will be restricted to the use of ADO as a back-up fuel when there
exists reciprocating engine technology that can burn natural gas more
efficiently and have the added capability to burn cheaper HFO as a
back-up fuel? Is the OUR aware that the IPPs that are operating the
reciprocating diesel engines using HFO have better efficiency rates than
JPS?

Has the OUR investigated why JPS is insistent on
using the combustion turbines without the guarantee of LNG and seem to
ignore the importance of having an affordable alternative fuel? Is the
OUR aware that the capital cost of the 360MW combustion turbine plant,
as proposed by JPS, is more than US$600 million, as opposed to a
dual-fuel reciprocating engine plant of the same capacity that will be
about half the cost? Will JPS be passing on the additional capital cost
for this new plant to the consumers?

The OUR, as the
watchdog for consumers, needs to answer these questions in the interest
of the Jamaican people and in the context of the wider issue of
competitiveness in the production of Jamaican goods and services. The
regulator has an important role to play in protecting the interests of
the consumers, who are at the mercy of a behemoth monopoly in the
electricity business.

While liberalisation of the grid
is a step in the right direction, it is not a sufficient condition to
deal with the high cost of energy. The supply side has to be addressed
in a more serious way.

The regulator, the OUR, can
help to drive down the cost of energy by ensuring that the players stick
to the most efficient standards in the generation of electricity to the
consumers. Over to you, OUR and JPS!

Dr Densil A.
Williams is a senior lecturer of international business and head,
Department of Management Studies at UWI, Mona. Email feedback to
columns@gleanerjm.com and densilw@yahoo.com.