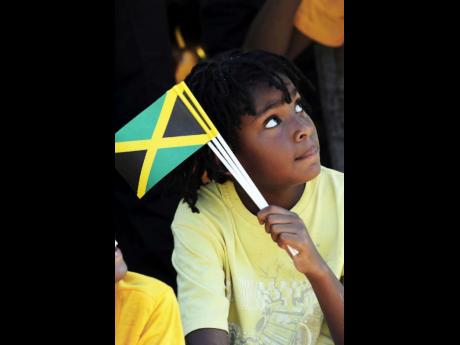 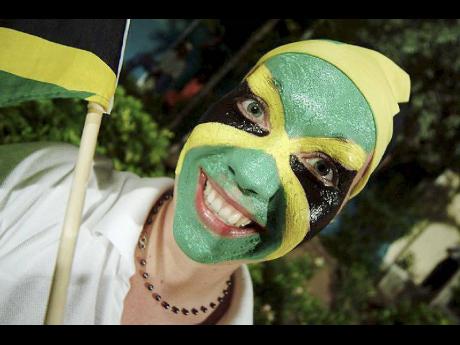 It is always a dangerous thing to violate a flag, whether it is the school, parish, J or the governor general's, and certainly not the national.

My very late friend Stanley Henry Thomas Vernon, founding member of the party which became the People's National Party (PNP) and who got knocked out by an intemperate Norman Washington Manley, had issues with the design of the Jamaican flag. While deeply respecting it, he lamented its inadequate design because its most distinct feature, the X which divides it into four triangles, has a negative meaning in almost every circumstance.

For Vernon, teachers grading papers used the X as 'wrong bong', the antithesis of the 'ticky', the mark of approval. Furthermore, because of its symmetry, it looked the same upside down and, therefore, was incapable of showing distress. As a suggestion, he designed an alternative version and asked me to construct it. The Vernon flag looked almost like the original flag but had a red doctor bird facing left. His rationale was that the red was a missing colour anyway and the bird killed the X, which protocol experts call a saltire. With the modification, this also meant that the flag would be then functional and useful if a ship were at sea and in crisis.

Truthfully, I prefer the doctor bird being in the flag because it, more than any other creature, represents the political leadership of this country. After all, it is the most inefficient of birds, using up more calories than it can store in a day. It eats more than its weight daily and has little stored for more than a few hours. Furthermore, it beats its wings more than 200 times per second and makes no forward progress in doing so. Worse, it can be flapping its wings at invisible speed and be flying backwards in the process.

Its long entourage tails do not help it in flight, but make a consistent humming sound, like a constant approval chant, even when it is flying into danger. On top of it all, the bird has an extremely long tongue but incredibly weak feet and can barely stand using its own power. Interestingly, its lifespan is around four to five years, but on occasions can last up to 12.

Nevertheless, a party headed by the son of the man who had him unjustly incarcerated for opposing him in the naming of the party would not have been willing to listen to Vernon, but he was completely right about the red being excluded from the flag. After all, tens of thousands of our ancestors died worse deaths than the cruci-fixion, spilling their blood across four centuries before this land could be ours.

However well-thought-out the final product, the parliamentary committee which designed it represented the essence of a nation that was not yet comfortable with itself. As a country which is ostensibly a black nation, more cues should have been taken from the Universal Negro Improvement Association (UNIA), founded by the first truly interna-tional Jamaican legend, Marcus Mosiah Garvey. On many occasions Garvey had lamented the absence of a flag for the black race as he saw it as critical for our identity.

Officially adopted in 1920, the UNIA flag was to inspire persons of African descent across the world, and it is perhaps the most salient mark of identity for persons who struggled over centuries of colonialism and slavery and was itself inspired by the colours of African unity. These colours, the red, gold and green, were first adopted in a flag by Ethiopian Emperor Menelik, who was succeeded by Haile Selassie I.

Perhaps in its zeal to downplay the strong African ancestry and to self-deny that this is a black country, the parliamentarians chose to leave out the red, which in the UNIA flag represents the blood of the Africans who died in the liberation struggles. In the UNIA, the colour black represents the people of Africa, and green, the abundance and natural wealth of the continent. The red band is on top, the green at the bottom and the black is well placed in the middle.

Indeed, the design of our flag could
have been worse. Its first proposed exemplar, which Vernon would have
been less unhappy with, was a simple tricolour with the same colours,
placed in three bars, gold in the middle, the black at the bottom and
the green on top. The position of the green in that design would
doubtless please the current Opposition.

Still, we
have a flag which we all love and respect, although the symbolism is
uncertain, and it divides the black into two separate areas and puts
them aside. As children, we were told that the gold signified the bright
sunshine; green, the lush agriculture and vegetation of the land; and
black, the skin colour of the people. That makes sense because,
proportionally, we have more blacks than South Africa, more Africans
than Israel has Jews and more Kunta Kintes than India has Hindus. Later
black meant burdens and hardships of the past and future. Finally, the
official government website says, "Black depicts the strength and
creativity of the people."

Whatever one might think of
the flag and its design, it is as sacred as a non-religious symbol can
be. Clear guidelines exist as to how it should be treated. It should
never: be made to touch the ground or any object below it, be defaced or
altered in any way, have anything marked on it (including Vernon's red
bird), be draped over motor vehicles, be smaller or lower than any
other, to the left of any other flag, flown in darkness or inclement
weather, or displayed in a tattered or faded
condition.

Thee stipulations are international
conventions and are applicable in the United States for its flag as
well. However, there are no criminal penalties for such violations
there. Yet, in other countries, it could be seen as an act of treason.
As recently as last week, the police in Kazakhstan were seeking a group
of men who allegedly used the national flag to collect garbage. If
convicted, they could get a year in prison. In Austria, one can get six
months; Germany and Croatia can lock you up for three years; the French
can sentence you to six months and a 7,500 euro fine; India has a
one-year sentence; and, ironically, China, which manufactures defaced
versions of our flags with wrong colours, has a three-year sentence
too.

The real problem is that since the late 1960s,
the efforts to create national consensus and true pride have been few
and far apart. A schizophrenic Jamaica Labour Party (JLP) administration
began its regime with a violent persecution of Rastafarians, peaking
with the Black Friday Massacre in Coral Gardens in 1963, 'blacked'
Walter Rodney from returning to his job at the University of the West
Indies and blacklisted Black Power movement founder Stokely Carmichael
from visiting. However, apart from hosting American civil-rights leader
Martin Luther King in 1965, it entertained Selassie, widely believed to
be the incarnate deity of Rastafari, the following
year.

Conversely, a PNP government pushed for
increased rights for Jamaican workers but introduced legislation to
curtail fundamental rights and freedoms and attempted to silence the
press. Both parties had supporters who denigrated national currency
because either a former JLP or PNP head of government was on it. As
recently as the nominations in December, partisan Labourites used 30
single $100 bills and Comrades paid in $1,000, taking party loyalty to
the heights of stupidity and above nationalism.

The
recent fiasco and litany of lies regarding the greenless backdrop at the
swearing in of the Montego Bay mayor is being investigated by Minister
of Local Government Noel 'Butch' Arscott and we allow Maas Arscott to do
his work.

However, it is nothing more than the fruits
of the ignorance our leaders have sown.

Dr Orville Taylor is
senior lecturer in sociology at the UWI and a radio talk-show host.
Email feedback to columns@gleanerjm.com and
tayloronblackline@hotmail.com.