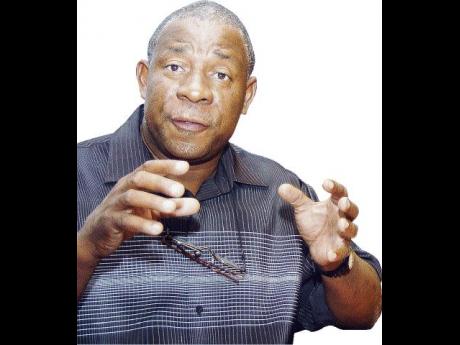 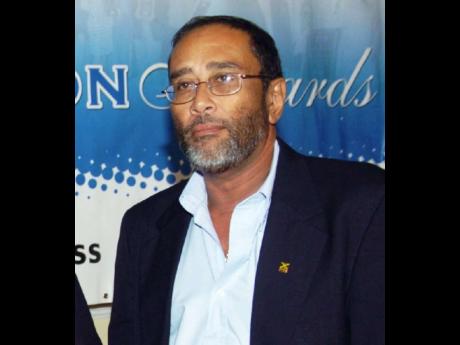 I write with reference to a Gleaner article headlined 'Mystery of the missing coffee', under the byline of Avia Collinder and published in your edition of Friday, April 13, 2012. The article also refers to an 'essay' previously published by Derrick Simons, a long-standing member of the Coffee Industry Board (CIB) and currently the president of the Jamaica Coffee Growers Association.

I am the immediate past chairman of the CIB and held that position for four years during all of which years Mr Simon has sat as a director, purportedly in representation of coffee farmers.

I tried during my tenure to avoid the sillier episodes of internecine petty squabbling among the stakeholders in the industry and to focus instead on the larger strategic issues.

However, on this occasion, given the defamatory and slanderous nature of Mr Simons' utterances, unfounded in any factual context, I am compelled to record the truth surrounding the issues raised by him.

Mr Simons, who had previously sat for years on the CIB as the apparently unelected president of "the All Island Coffee Growers Association" is well aware of the collapse of the industry caused some two years ago by the withdrawal of the advance payment regime by the Japanese and the reduction, by 50 per cent, of their offtake of the coffee crop.

He is, or should be, aware (as the record attests to his presence at board meetings when these matters were discussed) of the drastic fall in the major market for green bean speciality coffee and, indeed, of that market's assertion that there was a glut of Blue Mountain Coffee in its warehouses in Japan.

Mr Simons is also aware of the frantic efforts by the CIB and certain of the licensed dealers to find alternative markets for our coffee in China, Europe (including Russia) and North America. He was present at meetings of the board where approval was sought and obtained to offer the substantial amount of green bean coffee (that the CIB was compelled to borrow money to buy and save many of the farmers from financial ruin) to ALL of the licensed dealers at reduced prices.

In fact, the records show that he approved sales of this coffee at rock-bottom prices to dealers who took a risk to take the coffee and resell it to new and uncertain markets which they had developed by their own efforts.

It is a matter of amazement that Mr Simons is now screaming foul as to the perfectly rational decision to lower prices where there is a glut of products in the marketplace. Mr Simons must be required to inform the public as to any offers that he knew of for coffee at a better price, either on his so-called "international market" or locally, and should also be called to justify his non-disclosure of that valuable knowledge to the CIB at the time.

Let's turn to the issue of the so-called "missing coffee" (missing only in Mr Simons' mind).

As your article represents, the CIB was compelled, by the circumstances of the market, the financial inability of the traditional state-owned entities and the political exigencies at the time to borrow funds from the Development Bank of Jamaica (DBJ) and the EXIM Bank to purchase the 2010-11 coffee crop. This was done largely through the agencies of Wallenford, Mavis Bank and Blue Mahoe, who are all licensed dealers. This agency facility was offered to all of the licensed dealers and taken up only by the above-named entities.

The cherry coffee so purchased was processed and subsequently sold at prices lower than historically received, either to China, North America and Europe and to dealers in the local market. The CIB had no other option but to buy at reduced prices and to sell at reduced prices. Coffee does not store well for long periods, and borrowed money must be repaid.

The refusal of Mr Simons to face the reality of his actions, taken collectively with his colleague directors, is disturbing. The coffee purchased and sold by the CIB has been recorded, audited and reconciled to the satisfaction of the entities which acted as agents in its purchase, the CIB, the Ministry of Agriculture, EXIM Bank and DBJ. Still, however, Mr Simons is defaming the CIB, its management and dealers with spurious allegations of dishonesty and fraudulent dealings.

The board of which I was chairman has previously warned Mr Simons regarding his propensity to confuse personal ambitions with his fiduciary responsibilities to the coffee farmers that he claims to represent. I, therefore, wish to record my complete denial of his assertions as reported in your newspaper.

As regards the much-discussed issue of 'farm-gate' prices for cherry coffee, allow me to offer some perspective on the matter. Prices for Blue Mountain cherry coffee over the past seven years have ranged from a reported high of $4,000 to a low of $2,500 total payment per box. A box of cherry coffee converts to approximately 9.5lb of green bean. Hence, the US-dollar revenue per box of Blue Mountain Coffee is say, $2,800 per box ÷ 86 = $32.55 per box. Revenue per pound of green bean to the farmer is US$32.55 ÷ 9.5 = US$3.42 per lb for the 9.5lb of green beans.

That pound of Blue Mountain coffee will then be sold by the dealer/processor for a high of US$12.50 per pound to a low of US$9.50 per pound for the exportable portion of the coffee, which may be, on average, 6.0-7.5lb. The remainder is sold as residue for significantly lower prices, or US$2.5/kg. The cost of processing cherry coffee into green beans in Jamaica is approximately US$2.30/lb (which is also high by world standards).

The price for most speciality coffees from Guatemala, Honduras, and Nicaragua is US$1.80 per pound to US$2 per pound, and their small farmers selling to an estate get between US 52-60 cents per pound of green bean - significantly less than our farmers.

Farmers in Kona, Hawaii, receive US$1.25 for their coffee, and their market price of finished green bean is comparable to ours.

The Jamaican farmer, therefore, gets a high of 33 per cent to a low of 43 per cent of the price to the dealer, higher than other regions. To my knowledge, only a few dealers in Jamaica have successfully maintained fully integrated operations to enable capture of greater value added, and none of those dealers are owned by the farmers who Mr Simons claims to represent.

Mr Simons and many others refuse to do the math. Our costs of input are higher than elsewhere and our production efficiencies are lower. Our average yields are too small and our crop-management practices are poor. Our farm demographics indicate that more than 70 per cent of our farmers are older than 50 years and more than 80 per cent farm plots less than three acres in size.

Globalisation demands greater competitiveness and coming to grips with realities - not antediluvian mutterings about "dark forces at work" and the "Salem-style" witch-hunting to find convenient scapegoats for our own refusal to face reality.

Howard Mitchell is an attorney-at-law and past president of the CIB. Email feedback to columns@gleanerjm.com and howsam1@yahoo.com