Back Bush at the brink 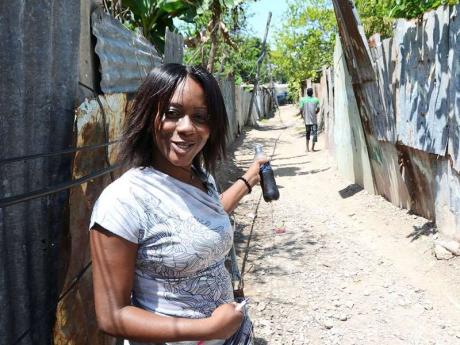 Patrice Longmore points to the unpaved gravel lane that leads into the bowels of the community infested by disease-carrying rodents. 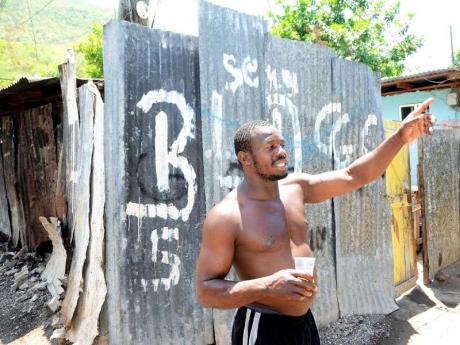 A Back Bush resident speaks with The Gleaner. 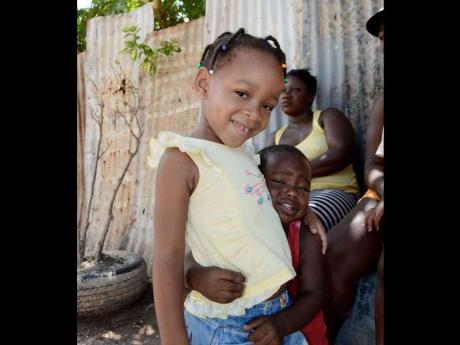 Two children hang out with their parents in one of the alleys of Back Bush off Mountain View Avenue in Kingston. The community faces a health threat as a result of unsanitary conditions.
1
2
3

Sitting at the foot of Warieka Hills in East Kingston just off Mountain View Avenue is a community correctly named Hampstead Park but, for everyone, the area is known as Back Bush. It is a marginalised squatter community that has been scarred by violence for years.

However, today the residents are battling a new scourge. It is a cocktail of dirt, filth, rodent infestation and general unsanitary conditions.

By the Kingston and St Andrew Corporation's (KSAC) environmental health standards, Back Bush should be condemned.

The dense community is one of more than 100 surveyed by the parish disaster and public health committee of the KSAC recently, and deemed unhealthy for human habitation based on the high infestation of harmful rodents such as rats.

But none of the residents with whom The Sunday Gleaner spoke seemed unduly worried about the potential of a public health crisis at their doorsteps.

Women with their backs propped against zinc fences lazed in the mid-morning lull of activities on Friday. They shared jokes, even as flies buzzed and the smell of excreta assailed the nostrils. It seemed a daily routine.

Happy as they are

She appeared happy and contented while behind her shop stands a large pile of garbage on which flies delight in feeding.

"I have lived here for 30 years. Yes, there is poverty, but we don't kill one another, it is peaceful now. We have no rapes and no child molestation. We just need a little cleaning up," she argued.

Her friend, 35-year-old Patrice Longmore, shared her view. "Back Bush is just that - Back Bush - but it's just a name. We need to look past the name. We love wi community," said the mother of five.

She took The Sunday Gleaner on a tour through the community and insisted that there was no rodent infestation in Back Bush.

"Toilets are the main problem here," she offered, moving the news team through the maze of rusty, zinc-clad alleys.

With some of the fences reaching up to eight feet, and the alleys narrow, one gets the feeling of being penned in.

"Many persons do not have toilets, so they use the bushes up there," she said pointing to the parched hillside littered with refuse of various kinds. "Others build pit latrines," she added.

Walking through the lane at 114 Mountain View Avenue, there is a stench of filth, sewage and animals.

The dirt road is dusty and water pools here and there.

Each yard, which has many dwellings, is separated by spaces of barren land. A few goats graze here and there, but grass is sparse.

"People keep a lot of animals here - mainly goats, pigs, and chicken. They do this for a living," said Longmore.

Inside the Lane at 118 Mountain View Avenue, we encounter 27-year-old Roguel Hill who spoke eloquently about "the underdevelopment" of Back Bush and efforts to rehabilitate the community.

"We have few infrastructure, but no development. This community Hampstead Park, otherwise called Back Bush just needs some organisation.

"We have a nice hill as a backdrop, we need to get the lanes paved, and electricity regularised," said the Vauxhall High School past student.

Electricity is fed to the yards and houses from a spider web of wires running from a single pole.

Water runs through hoses that branch out to the houses, some buried into the floor of the lanes, some running down the side. There is a single standpipe.

"Some people don't have running water, and who have do not pay, so this needs to sort out," said Hill.

In the meantime, Member of Parliament for Eastern St Andrew, Andre Hilton said he is aware of the socio-economic conditions which are affecting the community and that over time, these will be addressed.

"As part of the constituency development plan and in keeping with the mandate of the Government to uplift the standard of living for the poor, we will be targeting this community along with others with a similar demographic to see how we can improve their day-to-day living situations.

"While the focus is on physical conditions, even greater attention will be paid to general health and sanitary conveniences, as well as matters relating to children and youth", he told The Sunday Gleaner.