Pastor Lewis gets clearance to fly 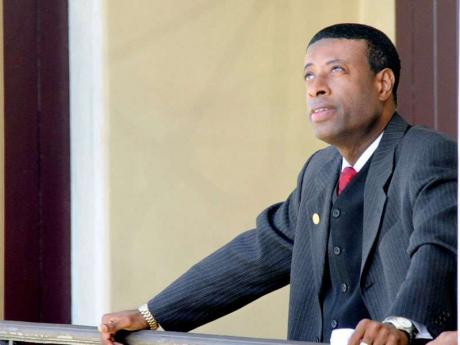 International televangelist Paul Lewis has been allowed to return home to the United States until the scheduled September 10 start of his trial on a charge of perversion of justice.

The charge originated from the pastor's highly publicised case of carnal abuse and indecent assault, which he allegedly committed against two female minors during a church convention in Little London, Westmoreland in June 2009.

While Lewis was acquitted of those charges in June 2011, allegations in the current matter are that a witness was paid on the pastor's behalf to coerce the two complainants to change their story.

When the matter was mentioned in the Savanna-la-Mar Resident Magistrate's Court last week, defence attorney Keith Bishop made a successful application for Lewis to be given back his passport and for the stop order forbidding him to leave Jamaica to be lifted until the trial date.

Bishop also noted that his office has still not received two outstanding statements from the investigating officer.

The officer later assured the court that the statements could be served right then.

"In light of the state of the Crown's case, they have caused us to set aside an entire week and they're not ready," Bishop complained, noting that the trial had originally been scheduled to start on Monday, April 16.

"We can't wait indefinitely just to see that the Crown is going to be ready."

The trial was put off after legal representatives from the Office of the Children's Advocate expressed an interest in prosecuting the case alongside the clerk of the court, but said they had not had a chance to peruse the case file.

Resident Magistrate Collymore Gordon ruled that Lewis could travel, provided he returns to Jamaica on September 7, in time for the start of the trial on September 10.

Lewis is the founder and president of the New York-based Messengers for Christ Ministries World Healing Centre.