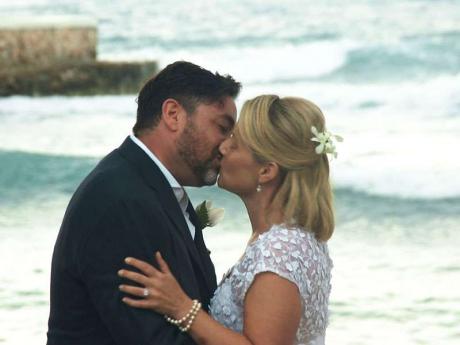 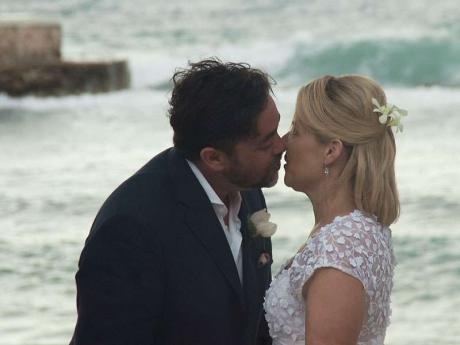 Newly-weds Adam Samuel Peck and Jennifer Williams Bicks move in for their 'close-up'. 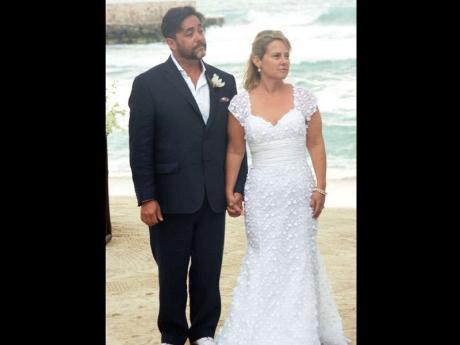 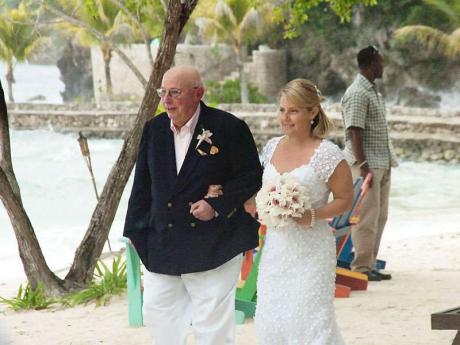 David Bicks escorts his daughter for her big date. 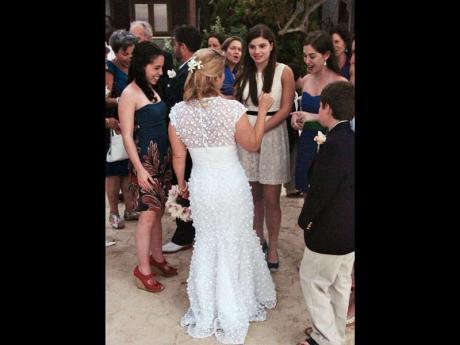 The stunning beauty of GoldenEye Resort, the same splendour that captivated Ian Fleming when he first came to Jamaica during World War II, and which caused him to abandon Britain for Jamaica, was in evidence and perfectly complemented yet another wedding in paradise.

With the Caribbean Sea in the background, the Scotch Bonnet mento band providing tropical rhythms amid the tradition of sprinkling white rum to feed the spirits, literary manager/producer Adam Samuel Peck and Jennifer Williams Bicks, a television writer and producer, said 'I do' guided by Civil Registrar Silvera Castro and about some 100 relatives and close friends on Saturday, April 14.

After high winds and six-foot waves that came crashing into the peninsula forced a shift from that location to a spot in front of one of the cottages that lined the white sand beach, the California couple were the first to tie the knot at the resort since Easter. And it was a wonderful affair.

Flower girls dressed in pink and white scattered rose petals along the path on the beach, used by the lovely bride and her dad.

At the ceremony, friends and relatives came up one after the other and read from self-written passages that spoke to love and the bond that the couple share, culminating with the bride and groom sharing theirs.

"I cannot wait for my future with you," Jennifer responded from her text.

Castro quoted John Keats: "A thing of beauty is a joy forever" and as the mothers of the bride and groom sprinkled the Appleton whites, Scotch Bonnet struck up Bob Marley's Is This Love, which elicited singing and dancing from the guests.

Guests included celebrities such as actress Laura Linney (of Clint Eastwood's Mystic River, among other films), CNN's Felecia Taylor and Michael Patrick King, producer of Sex in the City series.

GoldenEye staff prepared the food, Ann-Marie Wyss and Thasya Chin-Fletcher were responsible for the fabulous decor and the three-tiered cake was done by Jing Shi of Future Bakery in Ocho Rios.