Cosmo's on The Beach - one fine property 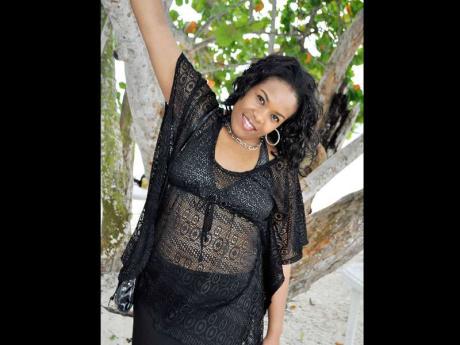 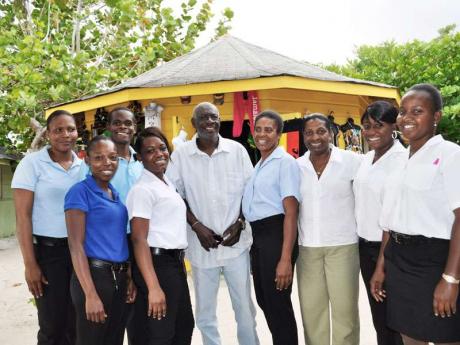 Cosmo Brown (centre), owner and operator of Cosmo's on The Beach, flanked by members of staff. - Contributed
1
2

It is known and celebrated nationally and internationally as the real Negril. The place in question, the famed Cosmo's Seafood Restaurant and Bar, one of Negril's oldest Jamaican restaurants and eateries, located along Negril's famed seven-mile strip of beach. For the last 36 years, it's been owned and operated by the town's unofficial 'mayor', businessman Cosmo Brown.

It's one fine property as Cosmo's is not your run-of-the-mill restaurant serving traditional seafood or speciality dishes. Cosmo's is a beach complex boasting gift shops, a massage cabana, and its own private beach making it one of Negril's preferred entertainment locations for many an impresario, and/ or promoter who desires to capture the essence of Negril.

Negril has always been that little piece of the island that is regarded as distinct from Jamaica. Here, the culture is one where the international visitor and the Jamaican tourists revel in the laid-back sense of ease as time seems suspended. And guests simply immerse themselves in the culture of anonymity as they soak up the sun, the culinary exploits and offering. Negril is that little part of Jamaica which is part bohemian, part avant-garde, and distinctly rustic.

From its early days as a getaway for the hedonist or its evolution to a multidimensional destination, through its many changes and faces, Cosmo's Seafood Restaurant and Bar has been and remains the soul of old Negril. It acts as a facilitator in embracing the emerging trends, but remains true to its core business and essence as Negril's chillingest spot!

Since opening its doors, the facility has what most Kingstonians would consider a very 'Helshire' beach vibe. Truth be told however, it is that Hellshire has a very Cosmo vibe to it. While Helshire is still evolving as a culture in Negril, Cosmo's is the original beach restaurant, offering a very rustic setting of roughly hewn but very comfy beach benches and tables, with a menu that offers the best seafood dishes, from traditional escoveitched fish to fabulous steamed shrimp, a mouth-watering curried lobster and all the side orders such as fish sticks, conch bits, bammy, and festival to chicken nuggets, hot wings, jerked pork/chicken and a simply wickedly delicious sirloin steak.

Luvs, the menu is truly a cosmopolitan offering, as apart from its core seafood menu, there is an international component, vegetarian dishes, plus traditional Jamaican dishes of stewed peas, oxtail, ackee and salt fish (seasonal), curried goat, and a way too fabulous potato pudding!

Now, it's been 40 years since the enterprising Cosmo Brown gave up his job as restaurant manager of the Whistle Stop, in the Loop in Chicago, to return to Jamaica to make his contribution to nation building while earning a livelihood. On his return, he first started a tour company that was primarily concerned with giving the visitor to Negril an in-depth tour of the many attractions and facilities of the island's western end.

However, fate intervened and when a prime piece of real estate became
available along the famed strip (and interestingly, within half a mile
of where he was born), Brown acquired the beachfront property and so
Cosmo's Seafood Restaurant and Bar was born.

On April
1, Cosmo's celebrated its 36th year of operations. And from the start
its 'Negrilesque' charm and beauty have made it one of the famed towns
preferred spots to dine or just chill with family and friends. And luvs,
talk about a slice of paradise! Just the place to look out to sea and
enjoy the wide expanse of the Caribbean Sea and picturesque Negril
shoreline!

Dears, it does not get any better than
this. So much so that it is one of the very few places that guests
staying in any of the preferred all-inclusive resorts in Negril will
leave their resort to go and enjoy the Cosmo
experience.

And what a fab experience it is too. Fine
food is served by a very amiable complement of staff, with guaranteed
fabulous company at any time of the day or night should you chose to
engage - and it makes for a simply wonderful
outing!

And speaking of fab company, luvs, the list of
those who have been guests at Cosmo's over the years reads like a
national and international who's who. Among them have been former prime
ministers Edward Seaga and P.J. Patterson; Tourism Minister Dr Wykeham
McNeill; John Issa and family; Gordon 'Butch' Stewart; Honorary Consul
of Iceland Robert MacMillan; Tony Ferrari; Kingsley Cooper; the fabulous
Karen Neita, (now touring India); Busha Clarke; Kevin and Cecile Levee;
Dave Rodney; Steven Euker and wife, the fabulous Ann Chen Euker; the
fabulously talented singer and designer Ashley Martin.