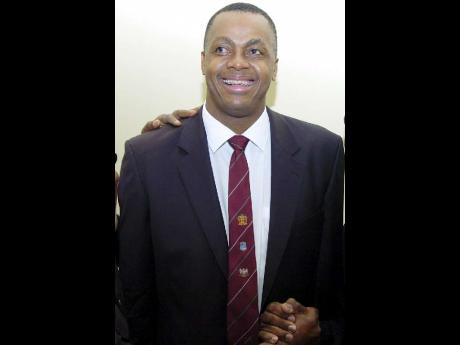 Courtney Walsh ... will be among the legends who will represent Jamaica in the 50th anniversary match. - File

The Jamaica 50 cricket match, one of the official events to mark Jamaica's 50th Independence anniversary in the United Kingdom, was launched at the Kia Oval, Kennington, South London on Thursday, under the patronage of the Jamaican High Commission and sponsors Victoria Mutual Finance (UK) Ltd.

The match, which will feature a Jamaican Legends XI versus England Veterans XI in a Twenty20 match, will be played at the Kia Oval on July 8 starting at 1 p.m. The event is expected to attract hundreds of Jamaicans and Caribbean nationals and is also a precursor to the London 2012 Olympics where the spotlight is expected to be on Jamaica with outstanding track stars such as Usain Bolt, Yohan Blake, Veronica Campbell-Brown and Shelly-Ann Fraser-Pryce are set to shine.

Former England all-rounder John Emburey says that he enjoys the competitive side of cricket and playing against West Indies legends from Jamaica, England will want to win. He said the English team will comprise of a mixture of players from age 40 to about 60 including himself, Shaun Udal, Dean Headley (grandson of the great George Headley), Phillip DeFreitas and Devon Malcolm. The Jamaican legends team will include Courtney Walsh, Maurice Foster, Nehemiah Perry, Easton McMorris and Robert Samuels.

Jamaica's acting High Commissioner to the United Kingdom, Joan Thomas Edwards, told those attending the launch that the match is a fitting tribute to Jamaica's 50th year of independence from Britain as the event will bring many from the Caribbean in a celebratory mood and will serve to highlight the bond between Jamaica and the United Kingdom.

Director of Victoria Mutual Finance, Delores Cooper, commended the high commission for their vision in conceiving an event which will serve to strengthen the friendship between Jamaica and the United Kingdom brought about by cricket. Cooper noted that Victoria Mutual Finance, which was set up in the United Kingdom over 30 years ago, stands committed to fulfil its corporate social responsibility within the community. She said that proceeds from the event will go towards the development of youth cricket in Jamaica.

Among other officials attending the launch were former West Indian cricketer Ron Headley and CEO of Kia Oval, Richard Gould. Tickets for the anniversary match are now available at www.kiaoval.com.