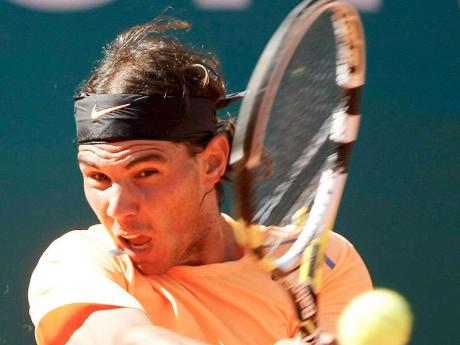 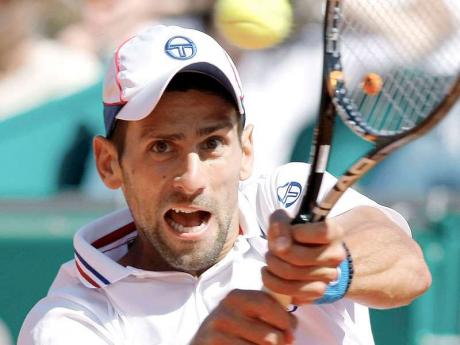 Seven-time defending champion Rafael Nadal will try to beat top-ranked Novak Djokovic for the first time in eight finals when they meet in the Monte Carlo Masters final today.

Nadal advanced to the final without dropping a set in a 6-3, 6-4 win over Gilles Simon, while Djokovic rallied from a set down to beat Tomas Berdych 4-6, 6-3, 6-2 and reach his second final at Monte Carlo.

Djokovic has beaten the Spaniard in seven consecutive finals, including the recent Australian Open, and handed Nadal his only two defeats on clay last year. But the Serb is playing in difficult circumstances here.

Two days after the death of his grandfather, he pointed to the sky for several moments after his win against Berdych.

"Under the circumstances, I didn't know if I could reach the final this week,'' Djokovic said. "I'll always give my best, and I'm always believing I can win every match I play.''

Djokovic lost to Nadal in the 2009 final. He looked ready for an earlier exit as Berdych used powerful forehands in the first set.

"Conditions were really tough, the wind was blowing very hard, changing direction all the time,'' Djokovic said. "(We were) making double faults. I think it helped me more because he tosses the ball quite high on his serve.''

Berdych felt he was impeded from playing his best tennis.

"Sometimes you can play when it's windy. But actually this kind of wind was kind of like there was circles around,'' he said. "You never know from where it's going to come. For my game, it was just, you know, a bit of a killer because I like to play aggressive.''

Djokovic closed out the match on his serve and clenched both fists before shouting, "Come on!"

Berdych had sent Andy Murray scampering to all parts of the court in Friday's quarter-final, and Djokovic felt the full weight of the Berdych's forehand early on. The Czech reeled off four consecutive games to fight back from 4-2 down.

Frustration was getting the better of Djokovic and he lost his temper in the sixth game, shouting to himself after failing to retrieve one shot from the back of the court. Even though he broke Berdych in that game, he was still struggling to find his rhythm.

By the end of the next game, Djokovic was even more exasperated, whacking his racket into the ground after Berdych broke back to love. Berdych saved a break point of his own when serving out the set, which he clinched with a strong forehand that Djokovic returned long.

Djokovic started to mumble to himself at deuce in the first game at the start of the second set, wiping his face with a towel as he tried to regain his composure. He saved a break point and then broke Berdych after a fine lob and a flurry of volleys at the net.

Berdych, who was taken to three sets by Murray and also by Japan's Kei Nishikori in the third round, began to tire.

"I think it was just small pieces of difference. In the beginning of the second set, I had like five break points,'' Berdych said. "He had one. He made it, it was 3-0. It could easily be 2-1 with a break for me, and it was completely other way.''