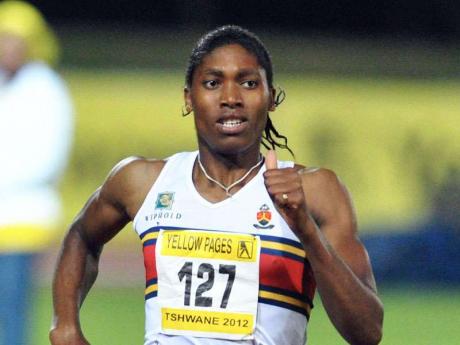 Former world champion Caster Semenya qualified for the 800 metres at the London Olympics on Friday. The South African eased concerns about her early season form by running one minute, 59.58 seconds in a provincial meet on her home track at the University of Pretoria.

It was the second time she ran faster than the qualifying time of 1:59.90, making her eligible for her first Olympics when South Africa's team is announced in July.

"I have to win a gold (at the Olympics). That's what I want," Semenya said. ''My dream is to win the Olympics, and that's my plan. I feel OK because now I can run good races again, run faster. Qualifying for the Olympics, it's a good step forward.''

The 21-year-old Semenya first ran in under two minutes while winning silver at last year's world championships in South Korea.

She failed to break two minutes in her first two races this year, including the successful defence of her national title, but found her form in a dominant win Friday with help from Namibian pacemaker Herunga Tjipekapora.

Semenya burst on to the scene by winning at the 2009 worlds as a teenager in a blistering time of 1:55.45 before a gender test controversy sidelined her for 11 months.

Semenya has overcome a string of setbacks since her stunning international debut.

After the enforced layoff while athletics' governing body reviewed the gender test results, a niggling back injury in 2010 forced her to miss the Commonwealth Games and her relationship with then-coach Michael Seme broke down just before the 2011 worlds.

The 800-metre race Friday was Semenya's third under new mentor and former Olympic champion Maria Mutola, but likely her last in South Africa before the Olympics.

Semenya will head to Europe next month to start her final build-up to the London Games. She is confirmed to run at the IAAF event in Ostrava, Czech Republic, on May 25 and the Diamond League meeting in Rome on May 31, manager Jukka Harkonen said.

"I am very happy with the time, now I know what my plans for the European season are," Semenya said. "I don't have to rush now, you just have to be patient and wait for the Olympics."