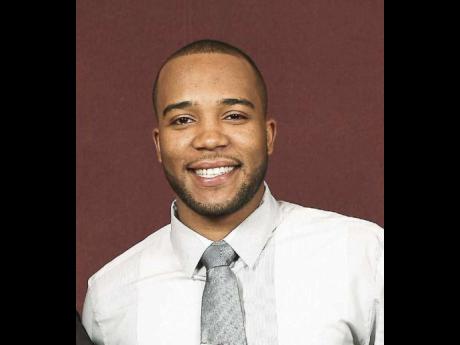 Dayvon Reid likes to talk about his college sports career as if it were a sundae.

And the 22-year-old native of Kingston, Jamaica, capped his days as a student at George Brown College in Toronto in some impressive ways on the badminton court.

There was winning the Ontario men's doubles title with teammate Marcus Wong, just missing out on the Canadian Colleges title losing by one point, being chosen Player of the Year and now capping it with the prestigious honour of Athlete of the Year at a College that has 20,000 students.

"This is definitely the cherry on the sundae," said Reid, who once attended Calabar High School before moving to Toronto four years ago. "Being selected as the top athlete - to finish the way I did was marvellous. But then, to get the recognition as the top athlete - that was something special that will stay with me for the rest of my life."

Reid will graduate with a diploma in business management - accounting next month and is thinking about extending his education after being accepted for a degree programme at Ryerson University - about one mile from George Brown.

"Education is important to me, getting a good career and moving on from George Brown is a bittersweet moment," he said. "I am not an emotional guy, I even try to keep it inside me. But, I'll miss this college, my friends and what I was able to gain from being here."

Reid was congratulated on winning the award for a second consecutive time by Anne Sado, the president of the College, Toronto Mayor Rob Ford and athletic director Ed Mark.

"The first award meant a great deal," said Reid, referring to winning the athlete of the year title last year. "But to win it again, to end my career and finish with a bang. This means more."

After going unbeaten with his men's doubles partner Mark Wong and capping the provincial year with a 21-12, 21-13 win over Chris Hong and Mohammad Nazimuddin of Mohawk College in Hamilton, Reid held back on the jubilation.

He is modest and not one to do any victory dances.

Poised, confident and feisty, Reid wanted to also win the Canadian title but lost it by the closest of margins in Kamloops, British Columbia to the team of Luo Wei and Simon Wu, from Douglas College in New Westminster, BC.

The recipient of a $500 Athletic Alumni Award at George Brown, Reid - still bothered by a loss at the Junior Pan American Games in Mexico in 2007 - showed no signs of pain from a right hamstring tear that he suffered while playing soccer a few years ago.

David Grossman is a Toronto sports writer and broadcaster, formerly with the 'Toronto Star' and now hosts a popular radio show on Sportsnet 590 - 'The Fan'.