Monday Talk with Richard Powell - The force behind VMBS 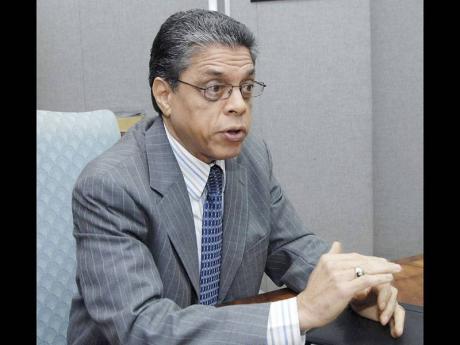 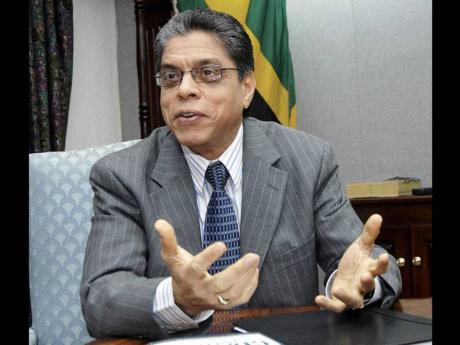 You can tell a lot about a man from a handshake. Richard Powell draws you in to his personal space with a firm but not overpowering grip. His other hand gives a warm slap that ends with a slight hold at the elbow. This is a man who is comfortable in his own skin and ready to engage with an ease that disregards station in life or prior association.

He greets with a warm open smile and welcoming eyes that speak of sincerity and steadiness. He has a warm greeting for the office bearer as we walk down the corridor to sit down for the interview. Relationships are important.

A few minutes with Powell feels like a lifetime association as he flows into conversation about his many roles and achievements - like being in charge of men 15 years his senior when he was a 21-year-old fresh out of university, or sitting down to negotiate a massive land deal with the formidable business icon and former minister of government R. Danny Williams. The conversation is easy and wide-ranging but focused.

From Engineering to Finance

Powell easily reconciles the seeming incongruity of a successful, highly qualified engineer spending most of his working life in the world of finance or near finance.

"Engineering is as much about design and construction as it is about management and leadership," Powell explains. He said his path was pretty much pre-ordained while at Wolmer's Boys' School. Powell tells the story of a young man who was ushered along a path by a traditional school system that said you may only do the arts or sciences, and aptitude in one means the exclusion of the other. "It (engineering) was a position by default rather than anything ... When I went off to St Augustine (on scholarship) I didn't even know what engineering was except that it was what my friends were doing."

Still, he came back with an honours degree, and Mary - lifelong partner and queen of his world.

The desire and grooming for leadership was the defining part of Powell's development that eventually led to success as a manager. He notes the time when, as a Colts cricketer, the coach called on him out of the blue to move the vote of thanks even though he was not the captain. He speaks of being thrown into the deep end more than once, but being given the necessary guidance, like the time when Kenneth Kamika, one of his early mentors, put him as a key player at the Public Works Department at a time when there was an outward migration from the talent pool. He also speaks of the time when Williams put him in charge of forming LOJ Property Management Company. That was crucial since Hurricane Gilbert had smashed Jamaica in 1988. LOJ was hit hard, but not like many places since Powell was the man in charge and he had ensured adequate preparation.

"Gilbert came up on us pretty suddenly, and I remember that one hardware must have thought I was crazy when I ordered their entire stock of plywood."

Powell traded sartorial elegance and office comfort for the boots, jeans, and tee shirts of field readiness. That was when Herbert Hall stopped him on his rounds one day and said: "Y'know, you're doing one heck of a job in helping us (LOJ) recover from this hurricane! I don't know what we would have done without you. The board will certainly hear about this."

True to form, by 1989, Powell was shifted to vice-president, investments, at LOJ. That was when he was able to realise the promise of a handshake with another mentor, Adrian Foreman, who said that while Powell wanted to join LOJ in the area of finance, he should make his contribution in property management since he had done so brilliantly for 13 years at Public Works.

The finance bug really bit Powell when he went off on a Commonwealth scholarship to do his MBA at York University, Ontario, Canada, in 1984.

"By the end of first year, when we had taken all our core courses, I realised that I really liked finance, and so even though I had gone to do general management or public-sector management, I found myself taking every available finance course!" Still, the pull towards finance may be traced back to Powell's role as project coordinator, Road Improvement and Maintenance Study Stage 11. Then, he had to be part of the negotiating and reporting team as it interfaced with economists and World Bank officials.

The truth is that involvement in finance has allowed Powell to serve in the whole gamut of leadership possibilities, ranging from public service (Department of Public Works), to private for profit (LOJ), to private not for profit (Blue Cross), along with private for-profit manufacturing and agro-industry (Lascelles deMercardo & Company), and now, mutual not for profit (Victoria Mutual Building Society), where he is leading the way in a process of change.