Styleweek to highlight 50 Stylish Things to Do in Kingston 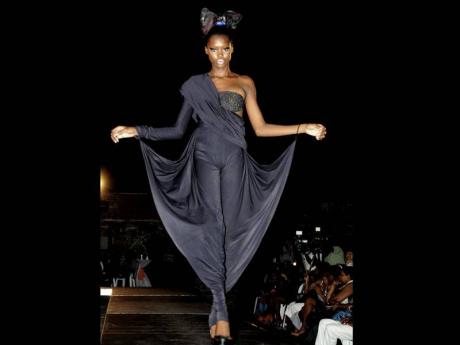 This model gets into Ninja mode and rocks HOD designs from its Ninja glam collection during last year's Mecca of Style. 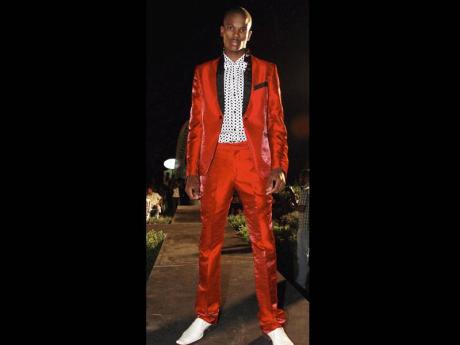 Kingston's image as a cosmopolitan city has always been a central theme of Styleweek Jamaica events. This year, organisers Saint International have taken it up a notch by adding an adventurous flavour when it seeks to define 'The TOP 50 Stylish Things to Do in Kingston During Styleweek 2012'. "This is a list of all the coolest things to do while you are in our culturally dynamic supercity, Kingston," said Styleweek's creator and executive producer Deiwght Peters.

Peters is also the brainchild of the Top 50 list which he has defined as the ultimate to-do list in Kingston.

From favourite dishes at the coolest restaurants to the most hip cocktails at the trendiest bars, or the raging beach spot, the list will unearth little-known hideaways.

There is some mystery surrounding the list as well. Though Peters is the brainchild of the list, he has 'cool factor' partners and he's not telling who they are.

This fits perfectly into Styleweek's tagline 'The World's Iriest Fashion Week in the Caribbean's Trendiest City-Kingston'. The list, according to Peters, is a way to showcase how capital city Kingston has evolved into a cultural and entertainment Mecca over time.

The agency will also run a competition that gives persons the chance to win tickets to Styleweek 2012. There will be a big prize for any person whose list matches the published list of the 'Kingston Cool Factor' judges. Submissions may also be made to saintmodelsjamaica@gmail.com with the subject being 'TOP 50 Stylish things to do in Kingston during StyleWeek 2012'. The public may also submit video testimonials on why they recommend a particular spot in Kingston to be on the list. The testimonials may recommend specific cocktails or dishes from the restaurant or bar locations.

"This is just a creative way to showcase the Kingston Happenings via social media linked to an event platform," said Peters.

Entries will be compiled and then the list will be published on Sunday, May 6. Winners will be announced followed by a press conference at one of the stylish spots.

Styleweek has many unique features which are undeniable. The event takes place at different venues across the city thus creating a festival-like moment with patrons moving from one exciting and historic venue to another each night. There is a glamorous fusion with heritage tourism and fashion where locations like Devon House and Fort Charles pose majestically as backdrops to the designer collections.

The finale event - Fashionblock, which involves the virtual 'lock down' of the city centre via Knutsford Boulevard, has become a global phenomenon.

"There is no doubt that Kingston is the social hub of Jamaica's best galleries, museums, restaurants, nightclubs and even beaches to boot. For most people, whether tourists or locals, coming in for Styleweek Jamaica with their guide will help to channel business to the listed enterprises or events."

This year, there are some exciting additions to the Styleweek schedule.

The schedule will include developmental seminars, and an exciting 'Colour Me 50' retail promotion.

Sponsors include JAMPRO, Jamaica Business Development Centre, Jamaica Tourist Board, JHTA, Wyndham Hotel, the Courtleigh Hotel and Suites, The Gleaner, Lascelles Wines and Spirits, Ministry of Youth and Culture, FAME FM, Newstalk 93FM and a host of others to be announced.