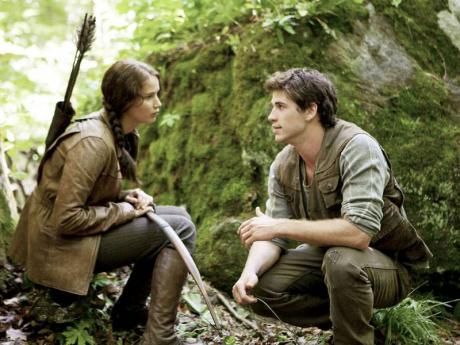 In this image released by Lionsgate, Jennifer Lawrence portrays Katniss Everdeen (left), and Liam Hemsworth portrays Gale Hawthorne in a scene from 'The Hunger Games'. 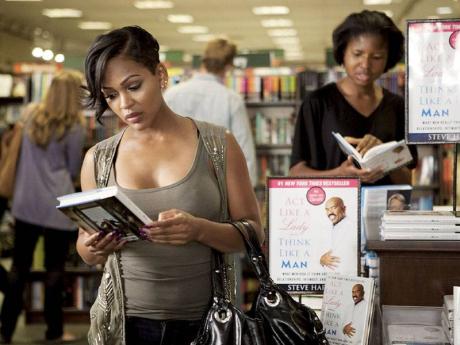 In this film image released by Sony Pictures - Screen Gems, Meagan Good is shown in a scene from 'Think Like a Man.' - AP photo
1
2

The date-night movies Think Like a Man and The Lucky One have finally knocked The Hunger Games off its No. 1 box-office perch.

Think Like a Man, based on Steve Harvey's dating-advice best-seller, debuted as the top weekend draw with US$33 million, according to studio estimates yesterday. That's almost double what studio executives had expected for the Sony Screen Gems ensemble movie, which features Michael Ealy, Taraji P. Henson and Gabrielle Union.

The Warner Bros. drama The Lucky One, starring Zac Efron in an adaptation of Nicholas Sparks' romance novel, opened at No. 2 with US$22.8 million. It also came in a bit above studio expectations going into the weekend.

Think Like a Man was produced for about US$13 million and took in nearly that much on opening day Friday alone, with business getting even better on Saturday. Sony executives had figured the movie might pull in about US$17 million for the whole weekend.

"It was a wild ride. It just got better and better as the night went on Friday. Then to be up so much on Saturday," said Rory Bruer, head of distribution at Sony.

Lionsgate's blockbuster The Hunger Games took in US$14.5 million, slipping to third-place after four weekends at No. 1. The film raised its domestic total to US$356.9 million.

Disney's nature documentary Chimpanzee opened at No. 4 with US$10.2 million.

Despite some healthy newcomers, Hollywood's overall revenues dipped for the second weekend in a row. Domestic receipts totalled US$129 million, down five per cent from the same weekend last year, when Rio led with US$26.3 million, according to box-office tracker Hollywood.com.

Revenues likely will decline again next weekend, with no huge newcomers expected to come close to the US$86.2 million debut of Fast Five over that same weekend last year.

But business should shoot back up after that as the superhero ensemble The Avengers launches one of Hollywood's biggest summer line-ups ever over the first weekend of May.

"We're not going to have a Fast Five in late April this year, but that's OK, because we've got Avengers a week later, and that'll more than make up for it."

Paramount's 3-D version of James Cameron's blockbuster Titanic added US$5 million to bring its three-week domestic total to US$52.8 million. The film's lifetime domestic haul now stands at US$653.6 million.