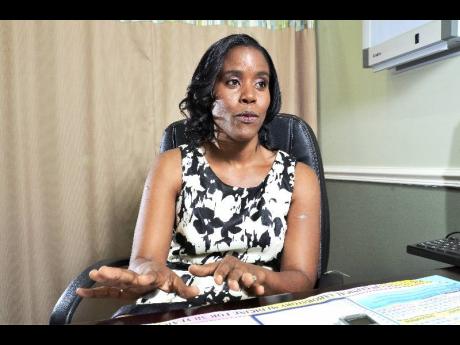 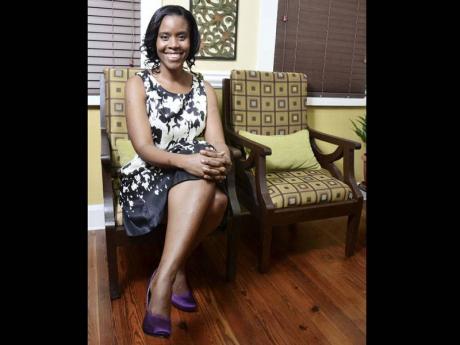 The loss of all her puppies several years ago and the need to save other life forms from death, was the single most important factor that determined the course of academic pursuit for Francene Gayle.

She wanted to be doctor, an animal doctor, because she didn't understand why her puppies died or why she couldn't save them with love.

That decision would be further reinforced by her family doctor, Dr Lucien Jones, who made her "feel special" and spent time with her, even though his waiting room would be packed with patients.

"I was just amazed that this person could have such an impact. People went in ill and they came out smiling. And I thought, this has to be it," she recalled.

And so it was.

Everything she did from the first day she stepped into Glenmuir High School and later sixth form at Campion College, would be a step towards becoming a doctor.

She chose the sciences in fourth form and passed them all, plus more with distinction at the Caribbean Examination Council (CXC) secondary and advanced levels.

Taking top prizes in nothing new to Gayle.

She was the Berger Paint scholar for her eight distinctions and one credit at CXC. And on completing her MMBS degree, she received honours in bio-chemistry, community health and psychiatry, physiology, pharmacology, anatomy, medicine, pathology and obstetrics and gynaecology.

Surgery was the only area in which she didn't receive honours.

"I know I was not meant to be a surgeon," she said with a laugh that bore no sign of regret.

These prizes are only a few of the many she has won in her relatively short professional medical life.

Dr Gayle, Noel and Valda Gayle's second child, is now a consultant neurologist and lecturer in the Faculty of Medicine at the UWI.

She is the first to admit she is not known for giving jokes, but what she lacks in humour - this doctor who is one of approximately six in Jamaica with such specialist skills - she makes up for in her devotion to treating diseases of the nervous system, especially patients suffering from strokes.

Packing tons of brainpower as an internist, neurologist and clinical neurophysiologist, with a speciality in electroencephalography, Dr Gayle is intent on diagnosing, treating and fixing everything that can go wrong in the neurological system.

Clinical neurophysiology she says is a "speciality that covers the documentation and evaluation of the brain waves of patients, specifically as it relates to seizures and epilepsy".

As a general neurologist, she would have studied the causes and treatment for migraines, strokes, multiple sclerosis, muscle weaknesses, difficulty walking and difficulty swallowing, inter alia.

According to her, in an ideal world, there should be one neurologist to 100,000 persons. But with only six such specialists in the public sector to Jamaica's population of 2.6M, the waiting time for an appointment could take months, said the G. Raymond Chang fellow who was immersed in the University Health Network programme for two years at the University of Toronto.

The youngest stroke victim she is aware of to date is a 38-year-old. She is worried that stroke has become the fastest growing disease affecting Jamaicans in their productive years. Coupled with obesity, smoking, more sedentary lifestyles and more refined diets, those fitting that description are strokes waiting to happen.

Ageing also puts one at risk for strokes.

There were no comforting words from the doctor, if we continue with this deadly cocktail of actions which can lead to debilitating and deadly non-communicable illnesses.

"It has been projected that there will continue to be an epidemic of these non-communicable diseases, especially stroke in middle- and low-income countries. And so there will be a further need for neurologists as we progress," she stated.

Although the prognosis is for increased cases of neurological disorders, she is not daunted, since she discovered her love for neurology during residency.

"It's thought of as being a very complex area in medicine, but I love the challenge of finding where the lesion (problem) is - the clues of neuroanatomy," she said.

Having found the problem, she wants to fix it.

Her quest in that direction has found a willing hand.

Through collaboration with Jamaica National Foundation, the department of medicine at the University Hospital of the West Indies will soon have a plasmapheresis machine. It will be the only one of its kind in the island and will function similarly to a dialysis machine. However, this machine will purify drawn blood and the red blood plasma returned to your body.

Dr Gayle wants the nation to begin helping itself, as she believes that only radical lifestyle modification can slow the rate of the oncoming health catastrophe.

She gives high fives to the head of the Department of Medicine, Professor Michael Lee, who she said is very supportive of the efforts being made to educate and treat patients suffering from a wide cross section of neurological disorders, including strokes.

Professor Lee is resolute that research on Afro-Caribbeans predisposed to these disorders must be done in an effort to effect meaningful intervention.

Living by what she preaches, Dr Gayle also plays healthy.

A strict vegan, she loves spending time with her family, which includes an older sister and younger brother.

She manages her time between practice at Island Medical Specialists, the Mona Institute of Medical Sciences, and lecturing, so it does not interfere with time for her two children, Dana and Allan.

She relishes a good game of netball, as well as badminton, and aerobics and weight training are part of her fun activities as well as solving a problem or two in crossword puzzles. Other down time activities for the brilliant doctor include going to the beach with her family and getting together with her girlfriends for a good movie.