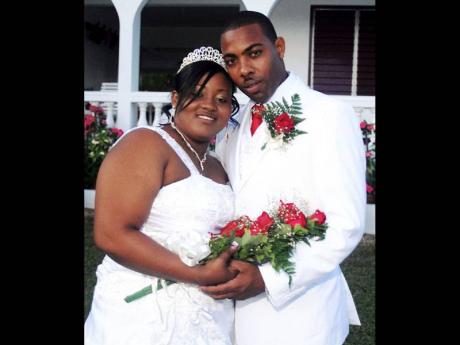 Mr and Mrs Donnell Fairweather are captured in a loving embrace. - Contributed photos 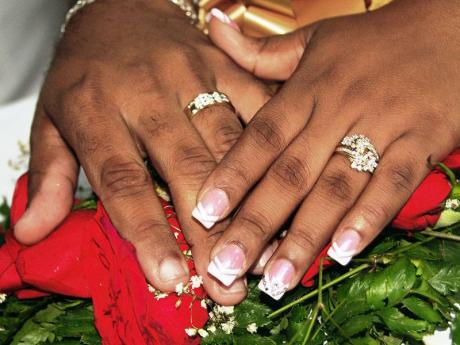 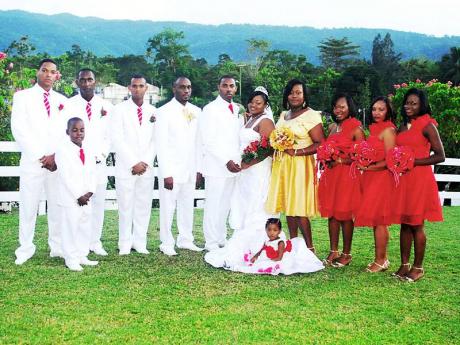 Nadine and Donnell Fairweather with their bridal party. 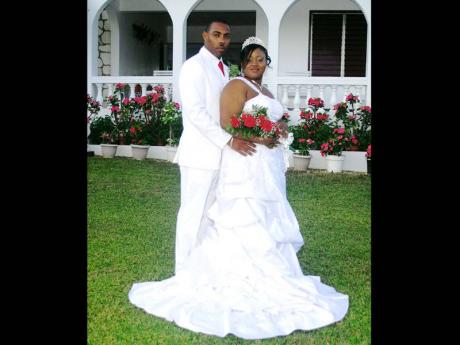 Mr and Mrs Donnell Fairweather are captured in a loving embrace. - Contributed photos
1
2
3
4

We met in 2005 at a fun day at the Lluidas Vale Primary during a game of netball. He said he liked how I looked in my tight jeans, my evenly-toned, cool complexion and my face was so pleasant even though I was playing a competitive game. He said he loved me the instant he saw me.

His brown eyes first grabbed my attention, then his smile, and he looked strong and I liked that. I couldn't concentrate on the game anymore; I was more interested in searching for him in the crowd. He said he realised I was curious, so he tried to hide. He thought to himself, "This girl is interested in me and I might have a chance."

At the end of the game, we exchanged numbers and the friendship began and developed over the years.

On May 10, 2009, Donnell proposed at a family dinner at my home. During dinner, he asked to be excused to make a call. He said he did this to get me upset because I have issues with him using the cellphone at certain times. He took approximately 15-20 minutes to return and I was angry. He said the call was very important because he needed my father's permission for what he was about to do. Then he knelt, my heart began beating faster and he said some loving words before popping the question, but I heard nothing except "Nardia Nadine James, will you marry me?" I said yes.

We got married on December 17, 2011 at the Fenel's Place in Rose Hall, Linstead. It was witnessed by more than 100 family and friends and was officiated by Civil Registrar Silvera Castro.

We both love and cherish our relationship; we do everything to remain committed and dedicated to each other. "I am his and he is mine."

We have a great partnership. Donnell loves my calm personality, how I plan ahead to get things done and I love the way he works with me to execute them. We are also family oriented, loving and caring parents.