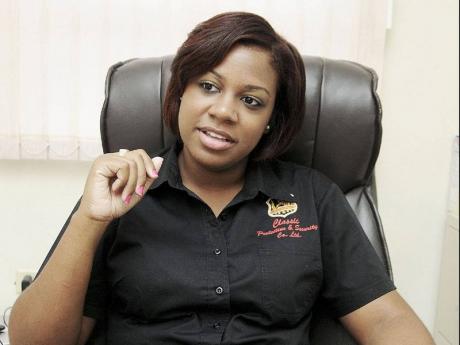 Jamaica is without a sexual-harassment policy: there are challenges, health problems and the need for a national policy framework. Here is the third part of a paper on the subject. See Flair of Monday, April 9 and 16 for the previous excerpts.

Any attempt by policymakers or other parties to create a policy which would be effective in thwarting sexual harassment should take into consideration the possible issues which may arise to detract from the strength of such a policy. It is widely purported that men are most often the offenders in sexual harassment (Mackinnon, 1979, 2001; Sterba, 2001; Summers and Hoffman, 2002).

Given this, the Jamaican culture presents a hurdle to the effectiveness of any sexual-harassment policy because it is steeped in patriarchal notions which are accepted by men and women. This argument is supported by the findings in the current study as illustrated by a female participant who notes, "It's our whole culture, and we're very patriarchal. That's just the way it is, you can't change it." Such a perspective speaks to an internal script that is followed by all and sets a tone for sexual discrimination, violence and sexual harassment as well as the pursuit and interpretation of actions.

Those internal scripts form the justification for many sexual acts carried out against women as men perceive a right to sex when they desire it, which is supported by the culture. This is aptly captured by Gayle et al. (2004), who wrote that "Men are likened to slave masters who feel that they have unlimited access to women's bodies and the women are likened to women under slavery who had no rights to their bodies."

Even among adolescent males, there is little respect for the rights of females, which is borne out by Gayle et al's (2004) work that found "Two boys acknowledged that they raped girls. Both raped the girls due to a lack of respect for them, and these are deepened without a legal framework to curb those cultural practices. Jackson and Newman posited that: According to the typical treatment that draws on this explanation, sexual harassment occurs because male workers carry into the workplace improper role expectations for women - notably, sexual expectations they have learned elsewhere (Jackson and Newman, 2004). Jackson and Newman's (2004) perspectives highlight the challenge of not having a national sexual -harassment policy as the internal script learnt in the community will be easily transmitted into the workplace without some legal framework of restriction.

A group of researchers found that the sexual practices account for the high HIV prevalence in Africa (Halperin and Epstein, 2004), which suggests that societal behaviour can be a challenge for the community, workforce and the nation because of internal scripts that people take into the workplace and anywhere they go in a nation.

The Jamaican man is seen as the alpha and the omega, the instigator, and the breadwinner of the family (Chevannes, 2001; Brown et al, 1997), which support male domination. "Jamaica is a patriarchal society with a traditional view; based on religion ... men are seen as the gatekeepers to the resources that women need" (Summers and Hoffman, 2002). This ideology of 'man run tings' is taught to Jamaican boys form an early stage.

This study was partial fulfilment of the requirements for an MSc in governance and public policy, UWI, Mona).