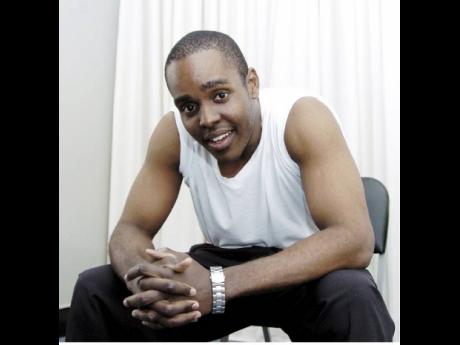 So apparently, scientists have created a robot squirrel to help them understand how real squirrels behave in certain situations.

Now, to my knowledge, we don't have squirrels in the wild in Jamaica but we do have lizards. So maybe we should have 'robo-lizards' to catch roaches. Or how about having 'robo-cats' to deal with the rat infestation around the Corporate Area? It may be best for the Public Health Department too - I hear that these rats are more aggressive than their predecessors. So instead of real cats, who may be mercilessly ripped to shreds, we send the robots to collect data (and a few bites as well).

As I've got older, I realise I have more tolerance for stuff I watched on Star Trek all those years ago. I don't know about you, but I'm not totally against the idea of having some form of robotics work done on me. Not on my face, because mi dun ugly aready! But certainly if I live long enough and my bones start to give way (my knees are already shakier than an earthquake fault line), I would like to replace a few limbs. We all know persons who lost their limbs for one reason or the other and have had prosthetics fitted. I'm talking cyborg-type existence here.

Of course, I have no intention of trying to live forever. There comes a point when I think you just have to call it quits. Just because the brain is still going doesn't mean you still have to, or better yet, want to. When they have to be replacing every internal organ, it's time to say goodbye. Imagine having to go through airport metal detectors with all that metal. It's hard enough for those persons who have lost an arm or leg, but what happens when we get to the stage that we're practically bionic? Sci-fi stuff man!

As for cloning, there was a time when I was against that. Now I'm not so sure. It's not like I've got a million things to do and I need other 'mes' running around. I'm obnoxious enough by myself, I don't need multiple copies to be a pain at once. The problem is, I would have to make different versions of me. One that is more optimistic, one that actually likes 'girly' movies and one that is bold enough to try something daring like rock-climbing or bungee jumping. Some tweaking of the personalities would be necessary, though, because the plan is, the only thing we would all have in common is the basic DNA (like our looks).

That would leave plain old me to do his thing without interruption. Anybody who wants a specific form of 'me' would just have to try one of my other versions. Later.

Recharge my batteries at daviot.kelly@gleanerjm.com.