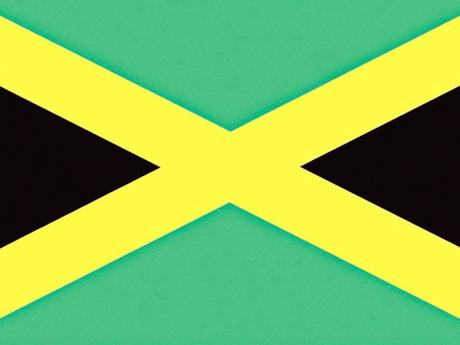 I have to add my two euros worth to this unending flag fiasco. Our leaders ought to be ashamed of themselves. First of all, I am surprised the good mayor has so much balls on the issue; he's almost the opposite when it comes to matters related to the Jamaica Agricultural Society. That aside, I don't give a rat's rear end who did what, we must respect all our national symbols.

No wonder when the national anthem is played, many Jamaican citizens in theatres or at public functions can be seen with hands akimbo, smoking, chatting on their phones or sitting down in complete oblivion!

When you go to some school compounds, there is no flagpole much less a flag, and the children don't know the pledge or the names of the 14 parishes let alone the meaning of Independence, so how are we to understand the symbolism of, or have respect for, the flag?

Desmond McKenzie and all those who are making it a political issue need to get over themselves and start their own public-education campaign as to how to correct this because if the persons involved even had one clue about national pride, they would not dream of misrepresenting a national symbol!

We say we are celebrating 50 years of Independence as a nation, but as far as I am concerned, we ought to be hanging our heads in shame. Stop calling up talk shows to complain, use the airwaves to recite the pledge and sing the anthem and remind the next generation about the struggles to bring us this far.

Perhaps if we instil some national pride, we will not produce six-year-old children who are so unruly they need to be handcuffed for temper tantrums. Yes, I make reference to the little girl in the town of Milledgeville, USA, at Creekside Elementary, who caused police to be called in "to assist with an unruly juvenile who had damaged other students' property, school property and had injured the principal," Internet reports allege.

The principal told the officer that the student had caused damage to school property and had tried several times to run away from the premises.

"The officer noticed all the damage, placed the student in handcuffs for her own safety as well as others'," the statement read.

When police and school officials were unable to contact the child's parents, "the officer transported the student, handcuffed, to the police station".

However, contrary to early reports, police said the handcuffs were removed when they reached the station.I am not in a position to determine what led this little girl to this point at the ripe old age of six, but she needs urgent attention before she grows into an adult who does worse. Like our flag fiasco, if we don't teach children to behave appropriately from they are very young, they will grow up to do the wrong thing and find all manner of excuses for it.