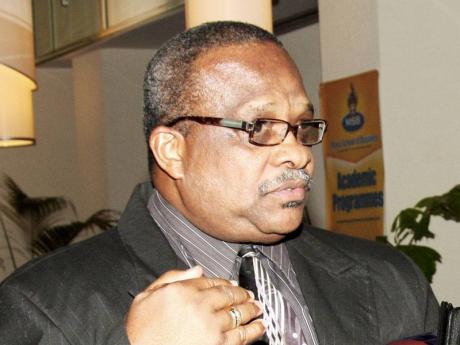 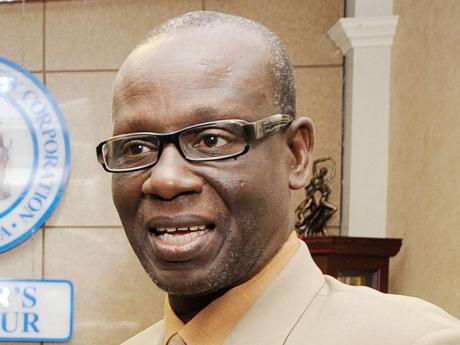 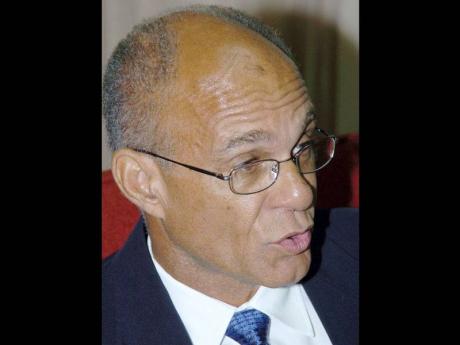 IT HAS been the practice of the Houses of Parliament that new members be taken through orientation sessions which are aimed at teaching, among other things, the rules of Parliament.

As part of the orientation, each new member of parliament is given a copy of the Standing Orders. The Standing Orders is the bible of the House. It speaks to issues of procedure and conduct, without which the people's business would be conducted in chaos.

The Gavel wonders whether West Kingston MP Desmond McKenzie ever got a copy; and if he did, whether he has read it. We ask the question in light of the manner in which he showed disregard for the Standing Orders last Tuesday when he attempted to bring to the attention of the Parliament, the supposed 'desecration' of the national flag; and a subsequent media release in which he accused the Government of using its majority to block the motion.

Incensed that Deputy Speaker Lloyd B. Smith did not take his motion because he had not followed the Standing Orders, McKenzie said, "I am moving that you not sit in that chair anymore." The Gavel has no problem with the manner in which Smith carried out his duties on that occasion when he denied McKenzie the opportunity to bring the motion.Before putting the question to the House for the adjournment, Smith said, "The speaker was not made aware of this particular motion in advance, therefore the motion for adjournment remains." Let us examine the sequence of events.

When McKenzie rose on the motion for adjournment, the Leader of Government Business Phillip Paulwell rightfully pointed out that the Standing Order requires that notice be given to the speaker before the start of the House. Then, McKenzie was quick to his feet. "On a point of order! I did, Mr Speaker," he said, before adding, "Am I being denied the right to speak?"

The Gavel has subsequently learnt, through Speaker Michael Peart, that McKenzie and Delroy Chuck, the leader of opposition business, approached him during the sitting to have the motion brought. Peart denied him the opportunity. If Peart's recount of proceedings is true, McKenzie has only himself to blame. We recommend that he educate himself on the provision of Standing Order 11.

(1) Any member may, after public business has been entered upon, rise in his place and ask leave to move the adjournment of the House for the purpose of discussing a definite matter of urgent public importance.

(3) If the speaker is so satisfied and either

a. leave of the House is given;

or b. if it is not given, at least 16 members rise in their places to support the request. The motion shall stand over until 5:00 on the same day, and at that hour any proceeding on which the House is engaged shall be postponed until the motion for the adjournment is disposed of or until 7:20, whichever is the earlier. At 7:20, the motion for the adjournment, if not previously disposed of, shall lapse and the proceedings which have been postponed shall be resumed and dealt with in accordance with the relevant Standing Order.

The Gavel will not even attempt to get into discussions about whether the flag issue would have qualified as a matter of urgent public importance.

But had the matter been properly brought, the speaker would have been obliged to consider the meaning of the word urgent. In so doing, he may wish to take note of the fact that the incident happened on March 29, and that there was a subsequent sitting of the House of Representatives before last week's.

And even if the speaker had dismissed it, McKenzie and the rest of the Opposition could have utilised the provision under Standing Order 11(3) (b).

Too bad, McKenzie, intentionally or otherwise, muzzled himself by not seeking leave of the speaker before the sitting to move the motion. This approach of the Opposition on this matter mirrors that which it took as it regards the issue of raising impromptu questions during the Prime Minister's Question Time.

In February, Chuck fought hard to have Speaker Michael Peart agree to his proposal for oral questions to be posed to Simpson Miller. Peart rejected the advance.

The Standing Orders of the House prescribe that there shall be a period known as Prime Minister's Question Time on the second Tuesday of each month. It also prescribes that notice of the questions being asked must be given at least seven days in advance. Former Prime Minister Bruce Golding decided he would take oral questions without notice and the Standing Orders Committee, in the last Parliament, had recommended that the need for notice be dispensed with. It was never done.

Now, Phillip Paulwell, the leader of government business, has given his word that the Standing Orders Committee would examine and change the requirement for notice to be given. He has, however, not kept his word. The committee has met once, and instead of dealing with a matter of substance and importance, the committee focused on the matter of dress code for Parliament.

It is time the House settle that matter; it will go a far way in negating the political manoeuvring in the Parliament.