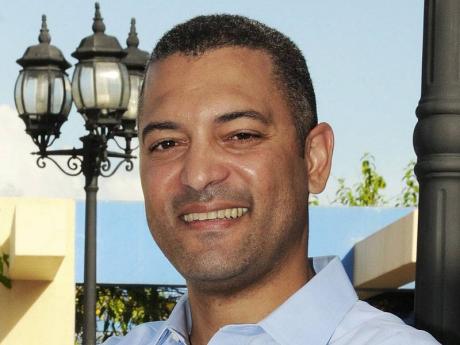 National Democratic Movement insider Deacon Peter Espeut has promoted me to "PNP insider". That's fine. Many people just read the title of this column and called me something really bad. Still it feels like a curious designation as I trod "over hills and valleys too" in New York, and I can think of far more suitable candidates.

Espeut's purpose was to hack into a comment of mine and cutely ascribe to the whole People's National Party (PNP) organisation - based on my supposed "inside information" - expectations about the results of the last election. At best, it's sketchy extrapolation. At worst, well, here's a parody: In a previous column ('Bishop Spong and fundamentalism', January 16, 2002), Roman Catholic insider Peter Espeut agrees with Spong, who thinks that the resurrection of Christ is not historical fact. Might it be fair to say (based on Espeut's inside information) that the Catholic clergy doesn't believe in the resurrection? Shocking!

Anyway, while like George Bush "I stand by all the misstatements that I've made", the really shocking thing was the size of the recent electoral margins. Almost everyone expected it to be far closer, and the media busily predicted a decisive JLP win. All that was because of the JLP's supposed Ace in the Hole, Andrew Holness.

Some weeks ago, while getting inside information from The Gleaner online, I saw Mr Holness promising to "fight" to retain leadership. I contacted a friend - a JLP insider - and inquired further. One speculation is whether Mr Audley Shaw will muster the courage to mount a challenge.

To my mind, Shaw was the obvious and natural successor to Golding, and I cannot imagine he would have failed in a straight run-off. However, as my friend reminded me, Golding's parting shots were to sink the galleons of all his contemporaries. The Golding 'youth speech' was decisive, and although the intended target of the largesse was likely Tufton, the actual beneficiary was Holness.

Back then, again based on Gleaner inside information, I argued that the JLP sole-source-contracted their leader (like with JDIP), and that it wasn't a good idea.

Till then, Holness hadn't held any officer position in the party and was, in that sense, untested. The grittier, more experienced officers had not been beaten, so much as outmanoeuvred and banished from a contest. Of course, it seemed like a great innovation at the time to take the shiniest thing off the shelf to distract from the Dudus debacle, but my observation is that Jamaicans prefer their politicians a little weather-beaten. Mufasa doesn't just show Simba to the kingdom's assent like in the movie.

Take the simple measure of 'memorability'. It's a big thing outa road that a politician can distinguish himself with a quotable phrase every now and again. Golding mined gold with "we are too blessed to be stressed". Even one that starts life negatively can issue dividends: How many times have you heard "Don't draw my tongue!" with a chuckle afterwards? Credit to Portia.

Of course, E.P.G. Seaga is the undisputed heavyweight champion of the memorable utterance, and even the casual observer knows half-dozen. My same friend's wife tells him all the time: "It's fire for fire and blood for blood and I'm going to lock you down tighter than a sardine can if you don't use your vim, vigour and vitality to light a candle, sing a Sankey, and find your way back home, with money jingling in your pocket because it takes cash to care, you black scandal bag, yuh!" We all miss Eddie.

Similarly, Audley is colourful and memorable. I'm told he's thoughtful and considerate in private, but on stage he's a brightly lit caricature. Who can erase the self-proclaimed 'Water Boy' bellowing, "I am de man ah yaaaaad!" to crowds in the last election? It makes absolutely no sense, but it was unforgettable. What's more, his JDX was one of the few achievements of the last administration. Unfortunately, that opportunity was largely squandered, but that's not all his fault.

On the other hand, the downside of Holness' mostly antiseptic image is that he's not the most exciting guy in the world. Can you easily call to mind anything he's said? Nor can I.

There are reasons why our system normally contemplates contestation for posts inside the parties. It revs up the base, weeds out the unfit, and readies the activists for inter-party elections. If you leapfrog the contest, you just may get an unexcited base, a leader that isn't game-ready, and activists settling into Opposition.

Should Audley challenge Andrew? In a word, 'yes'.