Striking back at Christianity's critics (Part 2) 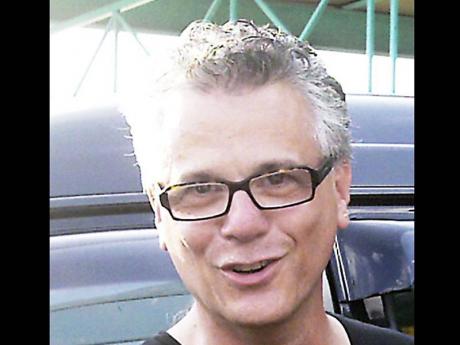 Gordon Robinson, in his In Focus column of Sunday, April 15 ('Follow Jesus' map'), makes many very spiritual, global, and almost 'god-like assertions about human nature. His comments smack of a modern version of pantheism: god in you, you in god, god in everything.

Who made Mr Robinson God and why in the world should we believe him? He states that belief in the Trinity causes/forces people to tithe. I'd like to know where in the world he finds support for that assertion.

Like Orville Taylor and Hilaire Sobers in the same In Focus edition, Mr Robinson uses a Bible he does not believe in to poke apparent holes in a Christianity he has no clue about.

I am always amazed at all these would-be theologians who have just read a passage or two in the Bible and suddenly understand 'theology'. Don't do that. It's embarrassing.

Is there evidence for the historical Jesus? Categorically, yes. Are all Christians just foolish people who have a wishful thought for a better life so they believe in stories akin to the existence of the tooth fairy? Of course not.

Are there solid reasons to follow the Lord Jesus Christ and what He taught? A most definite yes. Can we, in 2012, believe in the Lord Jesus Christ, live in a modern world, and actively participate in the various intricacies such a modern world lays at our feet? Can we truly answer the questions raised by the various evils of life and find some great answers, answers actually better and more in number than those formed and found by secular humanists? An unequivocal yes.

During this post-Easter season, let's at least realise and reflect on the truths asserted by historic Christianity and let's be bold enough to go out there and live these truths. As we do so, our world, Jamaica, all the people we meet and contact, will have a chance to find the answers which secular humanists wish to find, try to find, and work so hard to find, but are to be found at the foot of the cross these three authors so eagerly attacked.

I challenge all readers to seek and study. Don't be daunted by such apparent attacks against traditional Christianity.

In I Corinthians 15, the Bible, which so many are quick to discredit, clearly tells all believers that if the Lord Jesus Christ didn't raise from the dead, believers are fools and they should just eat, drink, and be merry for tomorrow they will die.

Interestingly enough, those words were written to people who had seen the Lord Jesus come back from the dead, and they were also written to people who lived during the times of those events. If those events were fabricated, don't you think those saying they were true would have not let themselves be torn limb from limb if all they had to do was tell their torturers they had just made it up or thought it to be true?

Rico Kaplan is an evangelist. Email feedback to columns@gleanerjm.com and loseguo@yahoo.com.