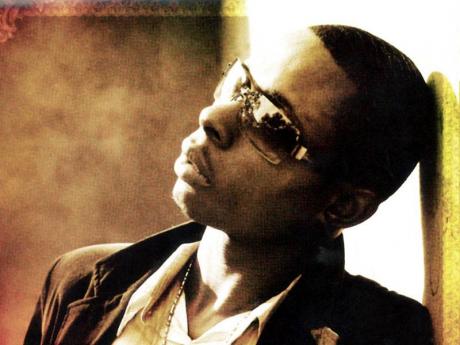 The album was scheduled to be released last year but, as a perfectionist, gospel artiste Jason Mighty said he postponed the release album to do more fine-tuning.

Mighty had planned to release Temple Of Praise in November. However, as it neared the date, he decided to hold it.

"It was supposed to be released last November, but I wasn't feeling it. I am feeling the tracks now so I think it's ready for the road," he told The Gleaner.

"My first album, Cornerstone, was a smashing hit album. I didn't want to come less than Cornerstone. Mi neva a feel the vibe. I was always trying to match up to Cornerstone, or better."

With the aim of improving on his own efforts, Mighty said he redid most of the album earlier this year. Most of the tracks were redone, some new ones added, and a few dropped.

Spending three weeks in Jamaica, he said he took two weeks to record six or seven new songs, but he does not believe the process was rushed.

"I think it was rushing but it doesn't come across as rushed in the project," he said.

Now that the project is near to completion for the launch on May 12 in Canada, Mighty said he does not believe he should compare Temple of Praise with Cornerstone.

"I wouldn't compare. In terms of the writing and growth, musically, I think this album outdoes Cornerstone. We have a lot of great expectations for it. This is a more grown up Jason Mighty. The words of the songs and the image, I think, will appeal to a wider audience, and once you appeal to the wider audience you will be successful," he said, adding that the producers for the album were Dale Virgo, Danny Browne and Fabian Dobney.

The artiste already has a lot to be grateful for, as he has secured a distribution deal with the EMI Group, a British multinational music company headquartered in London.

As a result of this deal, Mighty said his album will be all over the world. This, he said, will help to secure its success.

"I can't take the glory, I give the glory to God Almighty. Daystar Promotions and Production, my management company in Canada, shopped for deals for me. We have this amazing deal and they are waiting on us to drop the album," Mighty told The Gleaner, adding that the EMI deal might help to widen his fanbase.

After the album is launched in May, Mighty said it will become available online by mid-June. After the release, he plans to put out the music video for another song, Jesus And I. Later in the year, he plans to tour different parts of the world and. finally. launch the album in Jamaica.