Let's hold off on leaving CARICOM! 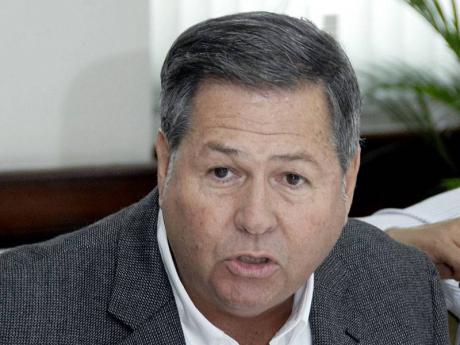 BRIAN PENGELLEY, the president of the Jamaica Manufacturers' Association (JMA), is warning that walking away from membership in the Caribbean Community (CARICOM) would not solve the vexing issue of trade imbalance.

"It is a drastic move and it is something that we would need to think very, very carefully about," Pengelley told The Gleaner yesterday.

Last week, Gregory Mair, the opposition spokesman on industry, commerce and energy, questioned the benefit of Jamaica remaining a member of CARICOM.

"Taking into consideration that policy is set to ensure that we do what is in the best interest of our people, taking into consideration that of the approximately five million members of CARICOM, we, Jamaica, are three million, what has this arrangement with CARICOM, what has been the advantage, the benefit for the people of Jamaica?" Mair had asked.

"What is the benefit for our people for this arrangement," he added while reacting to trade data presented to the Parliament by Industry, Investment and Commerce Minister Anthony Hylton.

Yesterday, Pengelley told The Gleaner that Jamaican manufacturers were under no illusions about the benefit of CARICOM, but cautioned that the country should not rush out of the arrangement.

"We have to acknowledge that CARICOM is not working for us at this time, but the big question for us would be how do we make it work before we actually walk away from it," Pengelley said.

The data presented by Hylton, following questions tabled by Mair, show that in 2010 Jamaica's trade deficit with Trinidad and Tobago stood at US$702 million. The trade deficit widened from US$616 million in 2009.

Pengelley said the numbers were horrible, but argued that if Jamaicans buy Jamaican products it could go a far way in reversing the trade deficit.

"We are pushing buy Jamaican and I think it is the question that everyone of us - consumers, companies - must ask ourselves: How are we going to think and buy Jamaican-made products first before we buy something externally?"

Pengelley argued that if Jamaicans buy Jamaican it could create opportunities for companies in other CARICOM countries to partner with Jamaican companies.

Arguing that walking away would have to be a last resort, Pengelley said there were certain things the country must do to take advantage of the opportunities presented by CARICOM.

No drastic move just yet

"We should all get together and decide what are those steps and give this thing a full airing before we take such a drastic move."

Under the treaty of Chaguaramas, CARICOM member states enjoy non-tariff access to trade and unlimited access to markets. Jamaican manufacturers have argued that the cost for energy has affected their efficiency levels and that they are not able to compete with the likes of Trinidad and Tobago.

The resentment of many Jamaicans towards CARICOM has been steadily building. During the recent discussion of the Green Paper on tax reform in Parliament, Rohan Sharpe, who operates within the free zone, argued that there is not a level playing field with Jamaican exports to CARICOM and its imports.

He said Jamaica needs to re-examine its membership in CARICOM and that the Government should consider imposing duties on imports from other CARICOM countries.