Rebuilding catches on - More and more buildings being refurbished 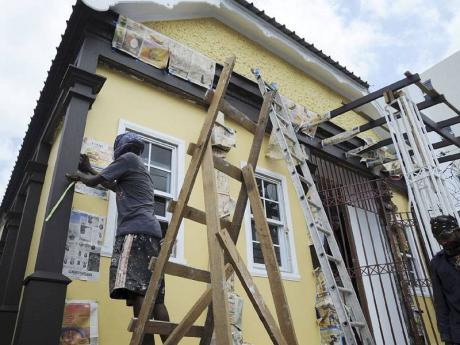 A painter hard at work on this building across from the Duke Street United Church. - photos by Norman Grindley/Chief Photographer 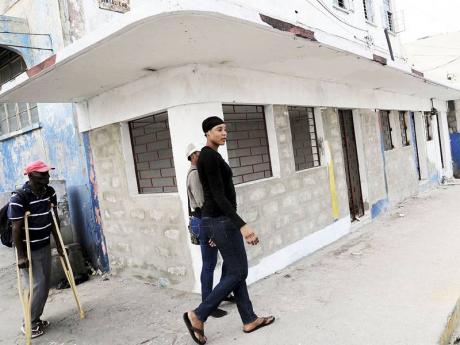 The former locksmith store at the corner of Duke and East Queen streets being given a facelift to house at least three stores. 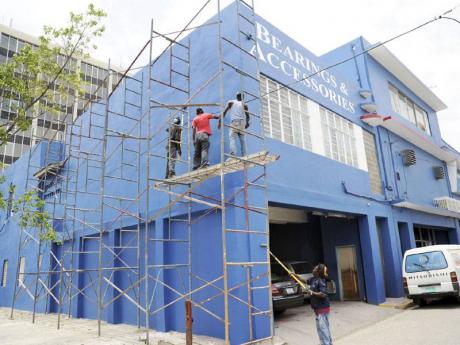 Workmen giving a facelift to the Bearings & Accessories building at the corner of Water Lane, Harbour and East streets. 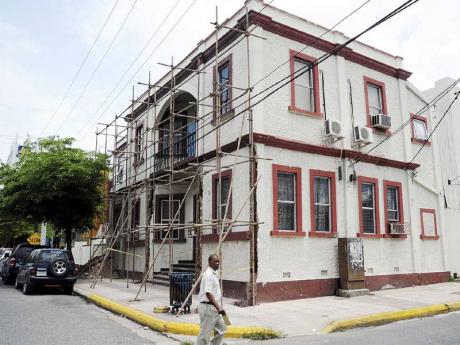 The workmen might have taken a break, but work is well under way at this building on the corner of Duke and Tower streets. 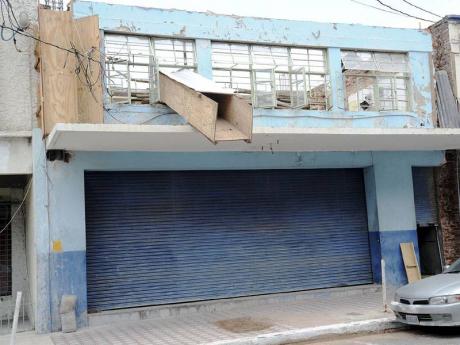 Work is under way on this building at 13 Church Street. 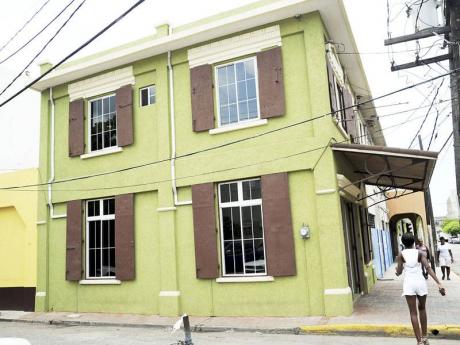 THE REBIRTH of downtown Kingston is starting to gather steam with several buildings being refurbished almost daily.

The new-look building brightens the area around Harbour Street, Water Lane and East Street, which forms its boundaries.

"We felt the we want to be a part of the rebirth of downtown Kingston that is taking place," said Raymond Russo, managing director of Bearing & Sales.

"We have been here for more that 50 years, and we want our building to look and represent how we want downtown Kingston to look," added Russo.

He said with corporate entities such as Digicel moving to downtown Kingston, Bearings & Accessories is hopeful that more consumers will shop in the area.

Metres away at 8 Church Street, the refurbishing is now done and what was an ugly derelict building is now a beautiful structure housing the offices of attorney-at-law Douglas Thompson.

Less than the proverbial stone's throw away at 19 Church Street, work has started to refurbish an abandoned building, while work is expected to begin shortly at 13 Church Street where a bistro and coffee shop is being set up.

Also in the heart of the city, Gold Land Limited is refurbishing what was an old locksmith shop at the intersection of Duke and East Queen streets.

"That will have three shops available for rent initially," Nicole Dehaney, manager of Gold Land, told The Gleaner.

The company is also doing a makeover of a building across the road from the Duke Street United Church, which will offer office spaces for rent to professionals.

"This will offer three suites for professional services with adequate parking from Mark Lane," said Dehaney.

Several other buildings are slated to be refurbished in the coming months, while a massive clean-up campaign is set to be fully rolled out shortly.

The refurbishing of the buildings is in keeping with a plan by Mayor of Kingston Angela Brown Burke and other stakeholders to give downtown a new look.

"Some work has already begun, and we commend those institutions that have taken the bold step of refurbishing their buildings or buying new ones to house their businesses in the heart of the city," Brown Burke declared recently.

"We encourage those other companies who might be thinking of, or even those who aren't to make use of the opportunities that are now presenting themselves, and look to be a part of the rebirth of downtown Kingston," added Brown Burke.