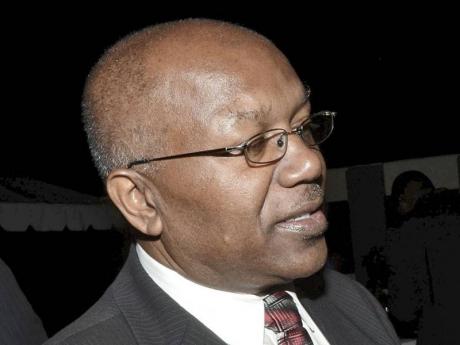 Minister without portfolio in the Ministry of Transport, Works and Housing, Dr Morais Guy. - File

The Jamaican government has signalled it is willing to increase the appraised value of a property on which a mortgage loan can be granted but says it will require changing the Mortgage Insurance Act.

The amendment to the law would increase the allowed value for financing from 90 per cent to 97 per cent.

Homebuyers also typically pay 10-15 per cent as deposit on purchases, plus another 2 per cent on average for closing costs. That too will change.

Morais Guy, minister without portfolio in the Ministry of Transport, Works and Housing, said the modification to the law aims to reduce those costs to an aggregate five per cent - split three per cent of the price of the house as down payment and two per cent as closing cost.

Estimates from the Planning Institute of Jamaica (PIOJ) indicate that Jamaica's population will increase to 2.9 million by 2030 with further demand for housing in both the urban and rural areas. However, most units now being delivered in the market are within the middle-income price range - affordable only to those earning over J$48,000 monthly, Guy noted.

"This effectively excludes 32 per cent of the population from the formal housing market," he said while addressing a mortgage workshop held last Friday by COK Sodality Credit Union.

The proposed amendment to the mortgage insurance law is also aimed at expanding efficiency and competition in the mortgage market, the minister said.

The changes, he said, will "make way for the entrance of specialised mortgage institutions, whose sole objective is to originate mortgages for sale to the secondary market and be funded again to continue the cycle of providing affordable homes".

Other initiatives being pursued to make it easier for Jamaicans to buy real estate is a homebuyers financing scheme funded by the Jamaica Mortgage Bank (JMB); an additional injection of J$1.5 billion for the secondary mortgage market in 2012; and a review of fees charged by mortgage lenders.

"The maximum amount which will be given as a loan will not exceed 15 per cent of the sale price of the property. Likewise, the property being acquired should not exceed J$15 million," said Guy.

"Preliminary assessment indicates that the programme, once implemented, will also be a tremendous success as it will afford working professionals who are unable to find the initial deposit an alternative," he said.

The ministry, he said, is also committed to the continued development of the secondary mortgage market (SMM) as a source of capital through the JMB.

The SMM facility, reactivated by JMB in April 2011, provides liquidity to mortgage-lending institutions for the creation of additional mortgages.

Guy claims that the increased competition in the primary mortgage market, resulting in a decline in interest rates from a high of 16.95 per cent to a low of 9.4 per cent, was a direct result of the initiative.

Some primary lenders, he said, are now reviewing fees for possible reduction, with some financing entities also showing interest in becoming part of the secondary mortgage operations as intermediaries for on-lending.

"The bank (JMB) has learnt through its financial partners that there is demand for approximately J$1.5 billion ... and is now sourcing additional funding to ensure the continuity of the facility," the minister said.