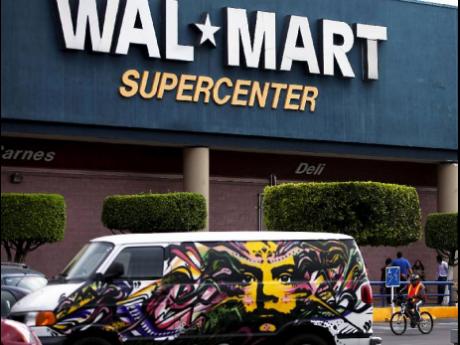 A van covered by a mural sits parked outside a Walt-Mart Supercenter in Mexico City on Saturday. ap photos 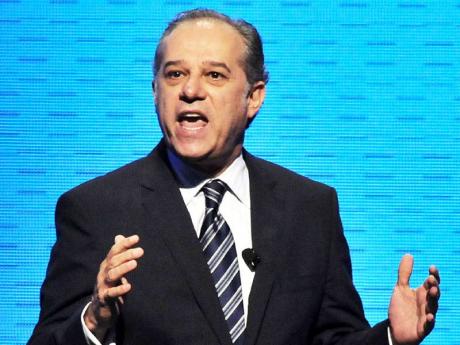 In this June 4, 2010 file photo, Eduardo Castro-Wright, vice-chairman of Wal-Mart Stores Inc, speaks during the company's shareholders' meeting in Fayetteville, Arkansas. Allegations that top executives at Wal-Mart Stores Inc's Mexican subsidiary bribed officials in that country could have huge implications for the world's biggest retailer's business and executives. Castro-Wright, who was head of Wal-Mart's Wal-Mex division at the time, will be under intense scrutiny, experts said.
1
2

Claims that US retail giant Wal-Mart used payoffs to speed zoning and other permits in its break-neck Mexican expansion is sparking soul-searching in Mexico, where crowded government offices are the working grounds of shadowy facilitators known as 'gestores'.

Front-running presidential candidate Enrique Pena Nieto told The Associated Press in an interview Monday that "there is a truly critical situation in the country".

He said he thinks an independent governmental anti-corruption commission is needed to root out the bribes and payoffs that many say have become as common as paying a light bill, and sometimes easier.

"This is an endemic vice, a vice that leads us nowhere," Pena Nieto said.

According to a New York Times report, Wal-Mart executives turned to middlemen in the early 2000s to grease the way for building up the company's Mexican subsidiary, which has become its biggest foreign operation.

Whether at least US$8.5 million that was apparently paid to gestores actually wound up as bribes for corrupt local officials remains to be seen. The Times also said an additional US$16 million went directly to officials.

Wal-Mart Stores Inc said it is conducting its own investigation, and two US congressmen announced they are opening a probe.

The Mexican federal government announced Monday evening that it had no jurisdiction in the case because the report referred only to the involvement of state and city officials.

Mexico's Economy Department said there was no evidence any federal officials were involved, given that decisions on permits and zoning are handled at the municipal level, but said Mexico will cooperate with US investigations.

Many Mexicans wouldn't be surprised if the claims are true.

A visit to any government office is likely to bring the sighting of a well-dressed man carrying reams of documents who will glide past the long lines, shake hands with the official behind the counter and get ushered into a backroom, where his affairs presumably get a fast-track service.

The suspicion is these go-betweens funnel a portion of the fees they charge clients to corrupt officials to smooth the issuance of permits, approvals and other government stamps.

In a country where laws on zoning rules, construction codes and building permits are vague or laxly enforced, the difference between opening a store quickly and having it held up for months may depend on using a gestore.

"Nobody is exempted" from the demands for bribes, said Mexico City security consultant Max Morales, who advises companies on everything from building projects to security against kidnappings. "Even the big American companies are subject to extortion."

There is none bigger than Wal-Mart de Mexico, which is the nation's largest retailer and private employer and opened a store a day last year. Corrupt officials "see money, and they exploit you and exploit you, and the first thing you know they try to close you ... as a way to exert pressure," Morales said.

The watchdog group Transparency International puts Mexico a low No. 100 on its 2011 list that ranks 183 countries by the perception of their level of corruption. On a scale with 10 as the least corrupt, Mexico rates only a three - the lowest for any OECD nation and a tie with countries like Suriname and Indonesia.

Wal-Mart's competitors in Mexico, the other large supermarket chains, all refused to talk about the scandal. "It is a very delicate issue," said Jesus Antonio Velazquez, spokesman for the Chedraui chain.

The only people willing to comment were operators of small markets and mom-and-pop grocery stores. They said Wal-Mart was able to put stores where they shouldn't have been allowed, and they saw something fishy in the company's rapid expansion that has given it 2,138 stores in Mexico.

"It was so evident," said Alfredo Neme Martinez, who leads a Latin American association of wholesale market vendors. "They would buy three lots on a corner, and open right away."

In a statement, Wal-Mart said the bribery accusations, "if they are true, do not reflect the culture of Wal-Mart Mexico and Central America." It said it would not comment further because of the investigations.

If Wal-Mart is found to have violated the Foreign Corrupt Practices Act, which forbids paying bribes to foreign officials, the company could face fines of hundreds of millions of dollars. Top Wal-Mart executives could lose their jobs - or worse, go to jail. And the retailer could suffer a public-relations nightmare if a lengthy investigation ensues.

"Unlike prior bad PR stories in recent years, this will be a material distraction for Wal-Mart on multiple fronts," said Charles Grom, a retail analyst at Deutsche Bank.

Experts say a government probe into Wal-Mart's alleged bribery campaign would look at whether the company had adequate controls in place to prevent bribery, whether there was adequate training to discourage the practice before the violations occurred, and how high up any alleged cover-up took place.

If it's determined that there was a cover-up that involved actions such as falsifying records, there could be criminal charges.

Eduardo Castro-Wright, who was head of Wal-Mart de Mexico at the time of the alleged bribes and, could face criminal charges, experts said. According to the New York Times, he was the driving force behind the bribery.

According to the Times story, Scott rebuked internal investigators at one meeting for being overly aggressive.

Shortly after, according to the paper, the company turned over the investigation to the general counsel for Wal-Mart de Mexico, who himself was alleged to have authorised bribes. He exonerated his fellow executives, according to the Times story.

The allegations come at a time when the Bentonville, Arkansas-based company has been focused on expanding internationally as sales have slowed in the US

Wal-Mart's international business, which had a 15.2 per cent increase last year, has had the fastest growth compared to its Wal-Mart US business and Sam's Club division.

In particular, Mexico, which it entered in 1991, has been a strong market: Wal-Mart de Mexico is now Wal-Mart's largest subsidiary, and one out of every five Wal-Mart stores is now in Mexico.