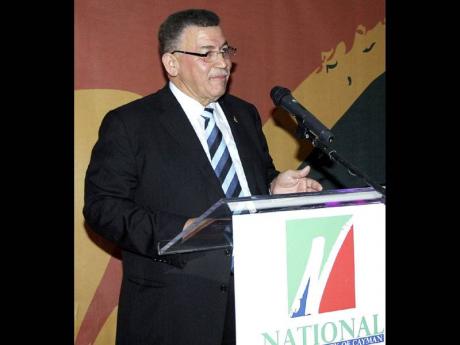 In a statement, issued through his press secretary Charles Glidden, Premier McKeeva Bush said that he "understands by way of a press release from the commissioner of police ... that there are three matters which allegedly concern him and which are being investigated".

He said he has received "no formal notice of any police investigation into his affairs" and is "confident that whatever these 'so-called' allegations may be, they are baseless and that he has done nothing illegal whatsoever".

The statement said that Premier Bush, his colleagues and his supporters "are of the opinion that the announcement of these investigations and their timing were designed to coincide with the visit of the UK minister and to cause maximum embarrassment to the premier and the people of the Cayman Islands".

"It is obvious to the premier that the announcement is carefully intended to detract from the positive relationship which the premier has re-established with the United Kingdom government.

"The premier views these allegations and the timing thereof as politically motivated, and calculated to detract from the many efforts that the government has been making to promote the success of the Cayman Islands and its economy; to stimulate the economy of the Cayman Islands and to create jobs for the many Caymanians whose businesses and personal lives and that of their children have been badly affected by the financial slowdown and the policies of the previous government," the statement added.