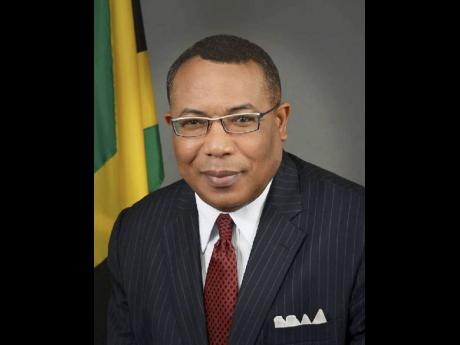 I WAS mid-way between consciousness and sleep when I believe I heard Commerce Minister Anthony Hylton promising the soon resumption of the scrap-metal industry. That's all it took to jolt me to full consciousness, for there are many questions I wanted to hear the minister answer in that news item.

God knows we need to find work for unemployed people but we also need to remind ourselves of the devastating damage inflicted on our infrastructure as thieves went around the country foraging for metal, especially in public places.

Through exposure by the media we have learnt of disappearing manhole covers, theft of copper wire and cables from cell sites, theft of railway lines, guard rails, important artefacts and even desecration of graves. All told the industry is said to have cost the government and the private sector some $1 billion.

This was the core reason why the former Jamaica Labour Party (JLP) government shut down the trade twice during its tenure. At the risk of being labelled an uncaring government, the JLP confronted the issue and did what seemed like the right thing. Sure enough, with no market in which to peddle their ill-gotten gains, there was a dramatic lull in the theft of metals.

Do governments learn nothing? Resuming the scrap-metal trade will inevitably take us back to a situation where we place the interests of a hungry minority above protection of infrastructure investment in our public utilities.

Despite the bellyaching by the 25-member Scrap Metal Federation, one notes that in all their recommendations for the industry not one of them has pledged to scrupulously monitor and ensure that only legitimately obtained scrap is accepted. In fact, the federation wants everyone else to be responsible and they are quick to point to the actions required by the customs department and ministry of commerce. However, their role was expected to remain much the same.

I do not recall hearing federation members committing to researching their customers to establish their bona fides, or to report suspicious transactions, especially if they involve metal from government facilities or utilities being sold by persons who are not affiliated to these entities, or to ascertain the credentials of their own employees.

Is it that the Government is fearful of losing face by admitting that it was campaign folly to have suggested a resumption of the trade if elected? This "fulfilling campaign promise" logic is as flimsy as it is impractical, particularly considering that the industry has already ruined some of our infrastructure for generations.

I expect that Minister Hylton will make an announcement with appropriate fanfare in which he will tell about plans to monitor the industry by installing surveillance cameras, perhaps enacting new legislation and demanding that the necessary integrity checks are conducted. Sure. All this will cost money and the burning question is where will the government find the massive resources required to undertake this monitoring?

I submit that it would be a perilous move to resume the scrap-metal trade. But governments will do what they will. So while we wait for the announcement we must all start thinking about ways to secure our properties from scrap-metal thieves, as opening the floodgates may trigger a massive assault on private property as well as public facilities.

Dennie Quill is a veteran journalist. Email feedback to columns@gleanerjm.com and denniequill@hotmail.com.