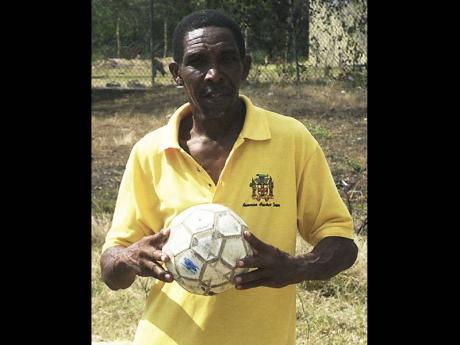 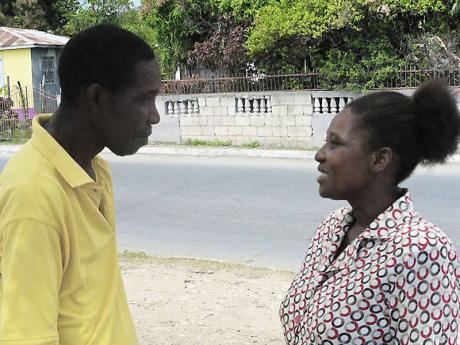 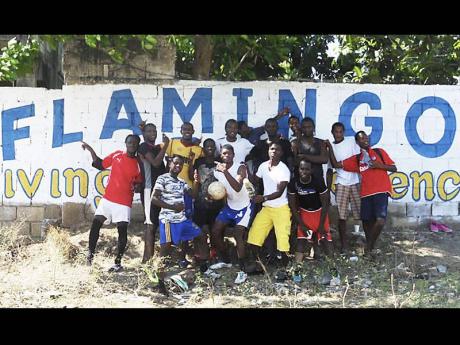 IT WAS the pre-eminent writer William Shakespeare who said, "Some are born great, some achieve greatness, and others have greatness thrust upon them."

In the case of Leon George Campbell, it could be said he was born to be great.

Hailing from Three Miles in Kingston, his contribution to the development of sports in the Ensom City division in St Catherine is immeasurable. No obstacle has been insurmountable for Campbell, affectionately called 'Mr Lee', in his quest to impart knowledge, using sports as a means of empowerment.

In fact, the 56-year-old West Indies Cricket Board-certified Level-two cricket coach has left an indelible mark on the sometimes volatile Gordon Pen community, since making it his home almost 40 years ago.

But it was while a student at Greenwich Town Primary that he got involved in sports. He later represented Haile Selassie Secondary in cricket, played club cricket for the Jamaica Defence Force (JDF) Youth Club in Kingston, as well as Carib Pipe and a number of teams in the then St Catherine McPhail Cup.

Cricket is his first love, but the multi-talented sports enthusiast played table tennis, volleyball and football, and captained most of the teams.

His first stint as a coach was in 1973, while he was sports coordinator for the JDF Youth Club.

"I coached five girls in table tennis, trying to build a team," Campbell, a certified electrician, told The Gleaner.

Later, he coached the Apollo Youth Club's Under-15 cricket team in Spanish Town. He also served as assistant coach for the national female cricket team, as well as coach at Ensom City Primary School for one year. For each of these and his other coaching jobs, Campbell charged nothing for his service.

His desire to identify and mould young talent propelled him to offer physical-education classes voluntarily at Eltham Park Primary School in 1997.

"I went there and started with football," he recalled.

Then, he ventured into cricket, discovering the 2011 ICC Women's Cricketer of the Year.

"I was trying to select a team to enter the cricket competition, so I was trying to get the boys to catch. Stafanie (Taylor) would always be in the way trying to catch the ball, as if she was trying to impress me that she could catch. Despite being in grade three while the boys were in grades five and six, she was selected," an unassuming Campbell said with a chuckle.

With an eye for talent, Campbell has groomed a number of other successful athletes, including Jamaica-born Canadian Olympian Carline Muir.

"When I was at Eltham Park Primary, if I had a practice at 5 o'clock in the morning, he would be the first one to be there, ready to go and excited about it. He just made it so much fun. I hope he gets everything good in life, because he's just an amazing person. Everyone knows how he changes people's life," Muir told The Gleaner in a telephone interview from her residence in Alberta, Canada.

"Mr Campbell identified my talent in cricket when I was at Eltham Park Primary. He saw me when I played football for my class, put me on to his friend, and I changed from cricket to football. He is a hero in Gordon Pen because it's a difficult place to live, and he stands up and puts out all the effort to identify and push young talent," Stewart shared with The Gleaner.

Like the athletes, the residents of the community, including Cynthia Dennis, principal, Sunshine Early Childhood Centre, Annmarie Gordon and Curline Thomas, hail Campbell as an icon and unsung hero.

Now cricket coach at Ardenne Preparatory School, a post he has held since 2004, Campbell led the team to second place in the Port Authority/Jamaica Cricket Association Prep Schools Competition, which was contested only in Kingston in 2005.

The team pocketed the championship title a year later, and in 2007 was crowned champion for Surrey, when the competition became an islandwide contest. It was under his guidance that Campion College won the Grace Shield 'A' League in 2008.

The proud father of two - a 17-year-old son Almando, who served as goalkeeper for Flamingo Under-17, and 12-year-old daughter Leonie, a first-form student at St Hugh's High School - Campbell is supported by wife, Faithlyn, as he continues to defy the odds to impact lives in a positive way.

Send feedback and suggestions for other heroes who you think should be featured to heroes@gleanerjm.com.

Some 29.4 million visitors will travel to the UK this year, but only one per cent are going for London 2012. Read today's Hospitality Jamaica for more.

Over the next few months, The Gleaner will turn the spotlight on ordinary Jamaicans doing extraordinary things to better their communities. Help us celebrate some of these unsung heroes who are making a real difference. If you know someone who should be highlighted, tell us their story at heroes@gleanerjm.com.