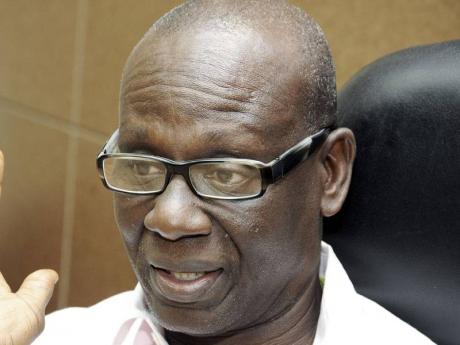 FOLLOWING HIS outburst in the House of Representatives last week, West Kingston Member of Parliament Desmond McKenzie has apologised saying it was never his intention to disrespect the chair.

McKenzie, in showing dissent after Deputy Speaker Lloyd B. Smith denied him the opportunity to move a motion at the adjournment, had said: "I am moving that you not sit in that chair anymore."

Yesterday, a penitent McKenzie, at the urging of House Speaker Michael Peart, said he regretted the comments.

"I would like to take this opportunity to withdraw those comments and to extend my apologies to the acting speaker and to the House in general," McKenzie said.

Peart requested the apology saying, "In the way we have been operating since this new session of Parliament, I don't want us to get off track."

He added: "Some of the thing was carried on the media, and I don't think we should continue in that vein."

The Speaker also said: "I think the media misconstrued your intention and I thank you for your withdrawal and your apology."

McKenzie had attempted to bring the Montego Bay flag controversy to the attention of the House, but was stopped by the deputy speaker, who said the rules of the House were being breached.

"The Speaker was not made aware of this particular motion in advance. Therefore, the motion for adjournment remains," Smith said.

The flag fiasco, which has been the subject of public debate and consternation, relates to the perceived mishandling of the national colours at the recent swearing-in ceremony for the new Mayor of Montego Bay Glendon Harris.

At that function, a backdrop, which was reportedly intended to be a model of the national flag, was created.

However, the colour green was not included. Green signifies prosperity in the flag, and is also the official colour of the Opposition Jamaica Labour Party, which McKenzie serves as a deputy leader.