In an Ivy League of their own 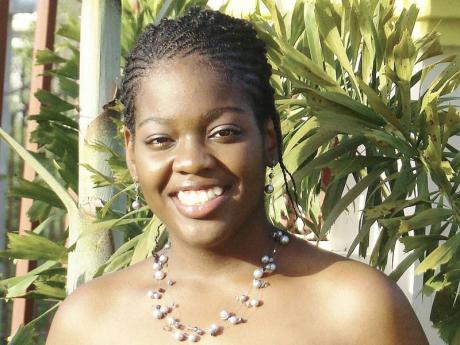 Jaquille Jones of Glenmuir High School is one step closer to achieving her goal of being a neurosurgeon.

Jones and Chevonae Walcott of Wolmer's Girls' School shared the top position at Jamaica's Versan Educational Services, with a score of 2290 in the SAT. Jones will attend Dartmouth College and Walcott, the University of Pennsylvania.

Jones' father, Desmond Jones, said his daughter was in the United States to examine her choices, but she will accept the Ivy League scholarship to Dartmouth College.

"She got 10 subjects at CSEC, she got extremely good passes at CAPE so those results plus her pass in SAT and also the fact that she is the under-19 table tennis champion for high schools, that helped her. She is also the deputy head girl, so her achievement is no surprise," her father said.

He said he was thankful for the scholarship offers as he wouldn't have been able to afford her tertiary-level fees without getting a loan.

Jones is among dozens of scholarship awardees from Jamaica who will this year take up positions at Ivy League institutions, which are based in the United States.

In order to be considered for an Ivy League institution, students must meet a number of requirements. Some of these are good academic standards from first form to sixth form, being involved in extracurricula activities, being excellent writers, and performing well in the SAT.

Some of the institutions that work with scholarship awardees are Hillel Academy, American International School of Kingston and A QuEST.

Nine of the students who have been awarded scholarships this year are top performers at Versan Educational Services, a local institution which tutors Jamaican students for the SAT and helps them with the application process for universities in the United States.

The students who are between the ages of 17 and 19 got between 2160 and 2290 out of 2400, placing them in the upper one percentile of scholarship awardees across the United States.