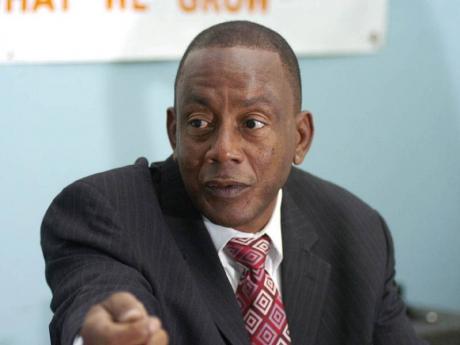 MONTEGO BAY'S mayor, Councillor Glendon Harris, has joined the growing list of persons calling for the reinstitution of a fire boat in the tourist capital, which does not have the capacity to fight fires on the high seas at this time.

Harris made his appeal during last week Wednesday's question-and-answer session at the launch of the sixth annual Disaster Education Awareness Quiz and Poster Competition at the St James Parish Council building in Montego Bay.

"The fire boat is something that I've been passionate about and have been speaking about for more than five years now," said Harris. "We had one that needed repairs and representation was made to have it repaired but it never was.

"The boat then had another accident, which rendered it useless," continued Harris. "At this stage, we need a new fire boat."

At present, Harris said, the matter was under active consideration because he intends to keep on pushing until Montego Bay gets a new fire boat to address any eventuality.

Although he did not give a timeline or the cost to acquire the much-needed fire boat, Harris said he was having dialogue with the St James Fire Department to get its input into exactly how the matter should be handled.

According to Harris, Montego Bay is not the only area under consideration for fire boats, as he said Parliament recently discussed the need for fire boats, especially in resort towns.

"I had heard a question coming out of Parliament about the status of fire boats, and what are the necessities to have them, especially in tourist areas," Harris said. "I have already asked the St James Fire Department to get their quotations so that we can actually go out and seek to procure a boat."

The Disaster Quiz and Poster Competition, which will feature 30 schools ranging from primary to all-age, is geared towards promoting public education on disaster management.