Sabina group to bat for lights 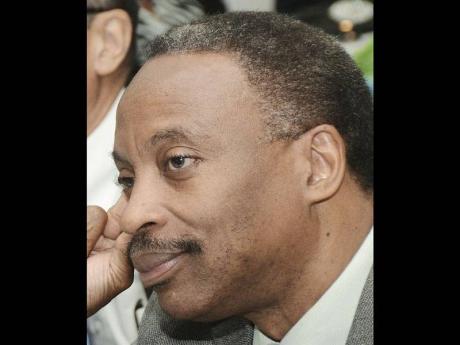 Sabina Park Holdings chairman Milton Samuda says his company plans to make a call on Prime Minister Portia Simpson Miller as they seek to raise capital for the implementation of floodlights at Sabina Park.

The venue, which is considered by many as one of the meccas of cricket in the region, is the only one of its type that does not have the capacity to host night matches, which according to many observers is stifling the growth and development of the sport nationally.

Sabina Park Holdings, which was set up in preparation for the International Cricket Council World Cup 2007, has as its major shareholders the Jamaica Cricket Association and Kingston Cricket Club, and the company that is charged with the maintenance and management of the venue.

"My understanding is that the issue of floodlights at Sabina Park has been mentioned to her (Simpson Miller) and we are due to request a meeting with her on that, among other things," Samuda told The Gleaner.

"My own experience with her is that there is very little that you require and you don't get some sort of response.

"It may not be the full thing that you ask for, but at least some assistance in the direction that you wish to go," he added.

Queen's Park Oval in Trinidad, Kensington Oval in Barbados, Providence Stadium in Guyana, the Sir Vivian Richards Stadium in Antigua, and Beausejour Stadium in St Lucia are some of the other regional stadia that have floodlights.

Only recently, Simpson Miller helped to solve the Chris Gayle and West Indies Cricket Board saga, an issue which dragged on for over a year.

Hoping for something good

It is in this light that Samuda says he hopes if and when Sabina Park Holdings meet with the prime minister that something noteworthy will occur that will not only lead to a revival of local cricket, but also downtown Kingston.

"We have been in discussion with the UDC that the plans for downtown redevelopment include Sabina Park," he explains.

"If you look at any modern city you will find a stadium or stadia. Now downtown, Sabina Park is the only venue that fits that bill. The National Stadium is not downtown.

"The route that we have taken, therefore, is Sabina Park has to be viewed as a modern entertainment complex in a modern city. Not just a cricket ground, as cricket alone will not sustain it.

"And, lighting at the venue is a critical issue because it means that you are not really in the game if you can't have lighting so that the venue can host a) evening/night matches, and b) the type of entertainment that modern stadia facilitates."

Samuda, who has been chairman for years and is a former lead attorney for the West Indies Cricket Board, also explained that while Sabina Park Holdings is in discussions with a number of potential financiers, none is yet to commit due to the cost of the venture.

"It is well over a year that we have been pursuing the matter of lights, because the original building plan called for lights," said Samuda, who is also chairman of the Jamaica Chamber of Commerce.

"There had been an initial agreement that financing would have been available, but that agreement fell through due to the economic times.

"Since then, however, we have been pursuing several leads with a view of getting the lights. However, due to the nature of the discussions we don't really want to comment on which entities have been approached."