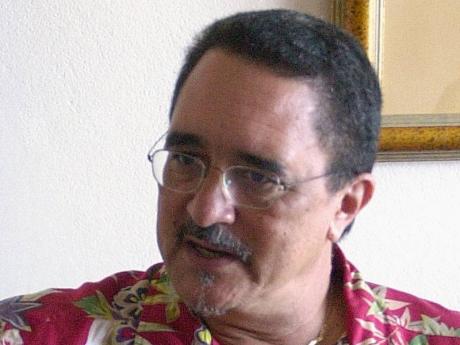 The main St Lucia opposition United Workers Party (UWP) has done an about- turn on the implementation of the value added tax (VAT) and is now advising Government against imposing further hardship on the nation's poor at this time.

Opposition Leader Stephenson King, who had announced plans to implement the measure in April 2012 had his party won last November's general elections, on Wednesday said that given the dismal economic forecast outlined in the throne speech, it was clearly the wrong time for the introduction of the tax.

"St Lucians, particularly the poor and indigent, are gripped with anxiety and fear since the recent announcement by Prime Minister (Kenny) Anthony in his usual authoritarian style that VAT will be imposed on the population come September 1," King said.

He said that Dr Anthony's announcement came just five months after his party was voted into office on a promise of "better days".

King said that having spent the first 100 days in Government implementing projects and initiatives of the last administration, the Labour Party's first initiative apart from its short-term employment programme has been the announcement of its intention to impose value added tax on the citizens of this country.

"His announcement represents a vicious 'knockout blow' to the detriment of St Lucians who are currently reeling under severe economic times.

"St Lucians cannot be comforted by this Government, which within a short space of time has promised to increase prices on basic food items like rice, sugar and flour, presided over steady fuel price increases and promises to impose an 'oppressive' VAT regime on them," King noted.

The former prime minister said that Anthony should be forewarned that St Lucians will not stand idly by and allow whatever gains they have made in the past to be eroded by his characteristic economic insensitivity and recklessness.

"While in opposition, the St Lucia Labour Party was relentless in their attacks on the Government of the day and presented wild promises with complete disregard to the prevailing realities."

King noted that as leader of the Opposition on April 23, 2007 during his contribution to the 2007-2008 budget, Anthony stated "the SLP government was never convinced that VAT was the right way to go".

King said the fact that Prime Minister Anthony chose not to implement VAT during his two terms in office between 1997 and 2006, at a time of a more stable global economic environment, he must know that his September 1 implementation deadline is coming at a time of economic hardship which most St Lucians can identify with.

"The United Workers Party therefore calls on Prime Minister Anthony to heed the voices of irate St Lucians who are expressing their shock and disbelief, given the SLP promise for 'better days'.

"The UWP demands that Dr Anthony forgoes his September 1 deadline for the introduction of VAT until he can make good on his promise for 'better days', said King.

"Like the majority of St Lucians, we share the view that VAT cannot be introduced during a time of economic downturn. We are hopeful that Dr Anthony can muster the humility to listen to the voices of the poor and indigent, and St Lucians in general," King said.