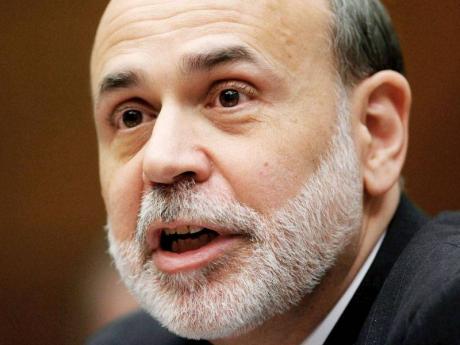 The Federal Reserve says the economy is growing moderately while cautioning that risks from Europe remain. It's holding off on taking any further steps to boost the recovery.

In a statement after a two-day meeting, the Fed said on Wednesday that economic growth should "pick up gradually" - a somewhat brighter view than it offered last time. It said the job market has strengthened slightly but that unemployment remains elevated. And it pointed to a pickup in inflation but said it should be only temporary.

The Fed stuck with its plan to keep a key short-term interest rate near zero through at least late 2014. It announced no new plans for further bond buying after a current programme ends in June.

But Chairman Ben Bernanke told reporters at a news conference that bond buying or other steps are still an option if the economy should weaken.

"Those tools remain very much on the table and we will not hesitate to use them should the economy require additional support," Bernanke said.

The Fed has pursued two rounds of purchases of Treasury bonds and mortgage-backed securities to try to push down long-term interest rates. The goal has been to encourage borrowing and spending.

Its decision to leave its policy unchanged had been widely expected, and reaction in financial markets was muted. The yield on the 10-year Treasury note edged higher, and the dollar rose slightly against other currencies. Stock indexes didn't move much.

David Jones, chief economist at DMJ Advisors, said he thinks the Fed will keep another round of bond buying as an option through the rest of this year. But with the economy slowly improving, Jones said, the Fed is unlikely to implement such a programme this year.

Critics have expressed concerns that the central bank has raised the risk of higher inflation with its campaign to push rates down as long as it has.

In a recent opinion piece in Fortune magazine, Shelia Bair, former chairman of the Federal Deposit Insurance Corp, argued that the central bank might be creating a bond market bubble similar to the inflation housing bubble.

The "Fed should declare victory and not intervene" by making further purchases of bonds, Bair said.

Asked about this criticism, Bernanke said it's "a little premature to declare victory" in the Fed's drive to stimulate the economy and lower unemployment.