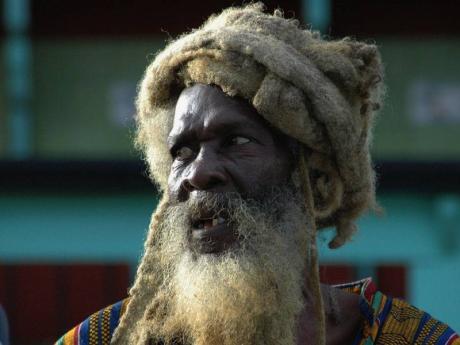 Bongo Ashley, one of the survivors of the infamous 1963 Coral Gardens riot. 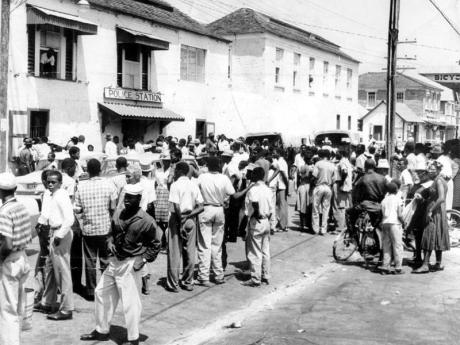 A section of the huge crowd which gathered outside the Montego Bay Police Station in St James after the rounding up of Rastafarians from hilly districts near the town in 1963. - File
1
2

Last week, I was at a function at a police station.While there, a young lady mistook me for a policeman and was relating to me that her nephew was taken into custody and she did not know what for and did not know where the lock-up was. I accompanied her to the jail and decided to observe the interaction.

I was interested in the treatment received by clients of the police because, earlier, I noticed a line of approximately 30 women standing with food in hand for persons within the cell block who are privileged to get 'outside' food twice a week. Enquiries into the reason for the long line as evening approached found that it was because of a late changeover of the 3 p.m. shift.

However, things were to get worse that day because the constable on duty, on examining the logbook, found no reason for the lady's nephew to have been detained. A woman sergeant of police told the persons on duty that there should be a record in the book about the charge. Nevertheless, the status quo remained.

The workers on jail duty informed the soft-spoken aunt and two other persons that we cannot stand so close and make enquiries. I produced my justice of the peace (JP) identification card, but they were not interested in who I was or my enquiries.They were generally rude and dismissive.

I then went for an assistant commissioner of police who was in plain clothes to witness how a customer of the police was being treated. He, too, got similar treatment. He was treated with disdain.

This sort of treatment is not unusual, because the last time I visited the lock-up was last December where I witnessed a corporal threatening to detain a young peanut vendor for three weeks. It is claimed that the vendor was disrespectful to him, calling him a 'b... man'. A police officer said she knew him as a peanut vendor and not as a troublemaker.

But the status quo remained until I produced my JP identification, and the corporal said he recognised and understood the jurisdiction of JPs. He eventually released the vendor.

Last week, Peter Bunting, minister of national security, outlined the state of security in the nation and also the need to support the police. However, the behaviour of some police personnel will make the job of securing the country more difficult for hard-working, honest and decent police.

Many policemen have died in the line of duty for the safety and security of Jamaicans. There are outstanding police personnel, but the bad eggs will make it difficult in crime prevention and detection.

It needs a societal effort to change things. The lay magistrates' associations must so organise themselves that they make weekly visits to the lock-ups. National Hero George William Gordon gave yeoman service by visiting jails.

A relative of the young man in lock-up said she had warned him about the probability of being detained because of his wearing locks and that he needed to trim his hair (paradoxically, she was wearing 'sisterlocks').

That comment would be sad, if true, because it would mean that after the Coral Gardens incident of 1963, wherein there was police brutality against Rastafarians, we have not stopped profiling or stereo-typing persons for detainment. It means we are still dealing with Babylon police.

Devon Dick is a minister of religion and author. Email feedback to columns@gleanerjm.com.