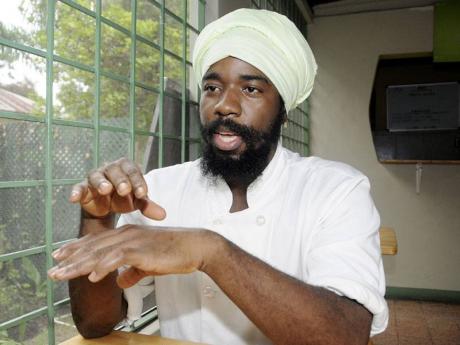 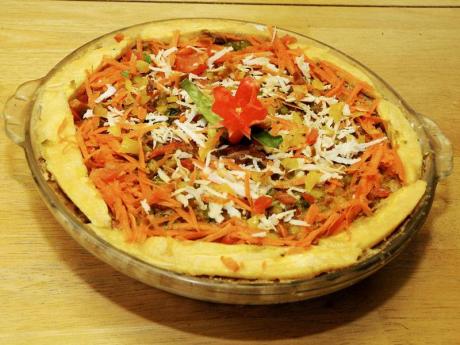 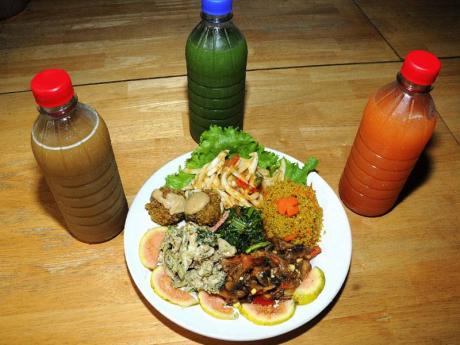 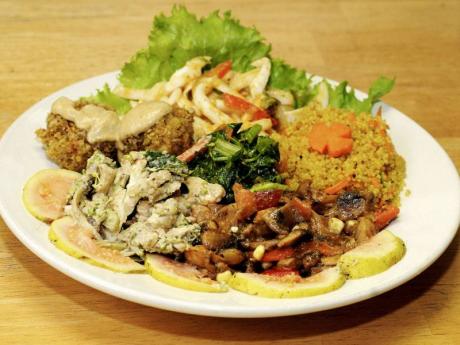 Fire Light serves complete meals of live food, that is they are not prepared by traditional cooking methods. 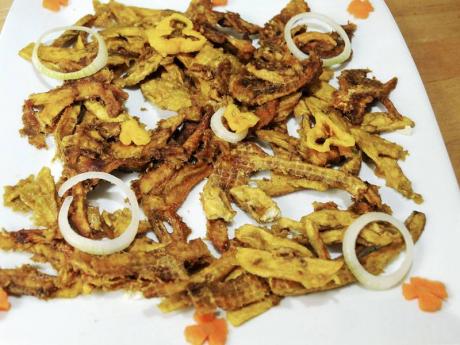 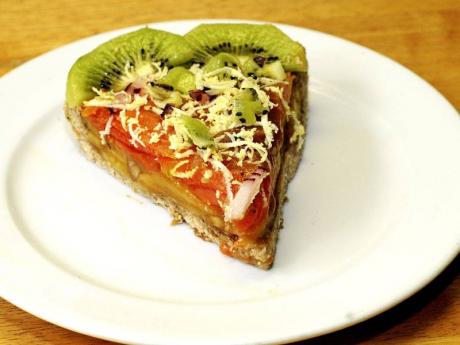 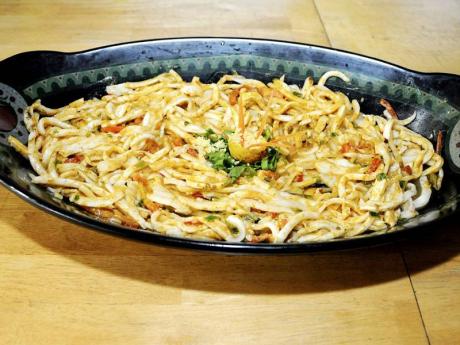 Coconut pasta, is coconut flesh formed into spaghetti-like strips and tossed in a sauce. - Gladstone Taylor/Photographer 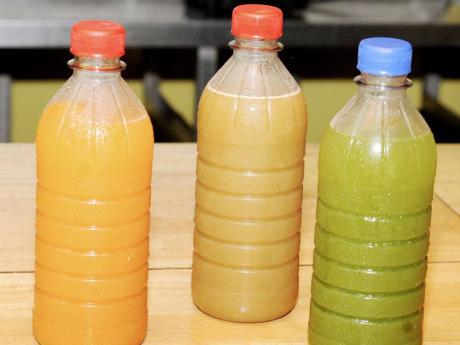 Live juices are all made from a coconut-water base. From left are orange-carrot pine, tamarind mint and merenga green juice.
1
2
3
4
5
6
7
8

Fire Light, a gourmet vegan restaurant that needs no fire to prepare its meals.

Ben Tsedek Ben Yehuda, owner and chef at the homely restaurant, creates what he refers to as live food in his quaint kitchen.

"You can have healthy and regenerative food that resembles what you would get at a meat-based restaurant or a vegetarian-based restaurant," he explained with dishes such as coconut pasta which is coconut meat pressed and shaped like spaghetti, topped with a signature sauce. Other dishes include chickpea fallafel, cheesy almond-cheese cauliflower and mustard-green salad.

His unique dishes appeals to those who are opened to consuming fruits and vegetables prepared in non-traditional ways.

"The only difference is that there is greater care gone into making sure the life is preserved while at the same time making it delicious, nutritious, and mouth-watering," said the chef of 13 years, who explained that the concept behind live food is attempting to maintain the nutritional integrity of raw fruits and vegetables. His preparation involves combining various spices to heighten the different flavours in these foods and using methods such as dehydration for food preparation.

"When plants reach a state of maturity, whether it's bearing an edible fruit, a tuber, whatever, that is the cooking process," said Ben Tsedek, further explaining why cooking these foods is not necessary.

"When a banana becomes ripened it has finished its cycle so from there on you don't need to cook that banana," he continued explaining that he is a Hebrew Israelite who is a part of one of the largest vegan communities in Israel.

"It's a lifestyle for us, we have restaurants like this globally," he said. Fire Light has been at its Maeven Avenue location for two years, and Ben Tsedek says persons have been very receptive to the food.

"It's for people who want to get true value for their money. Cause when you cook you kill the enzymes, where is the thrill?"

"Enzymes is the catalyst for all regeneration, cellular and your major organs. When you cook the food, whether it's vegan or meat-based you [are] actually killing the enzyme, the life in it. So it's impossible for you to really get value for your hard-working dollar," he said.

Similarly their juices are free of processed sugar and are made from fresh fruits and vegetables.

"We use freshly pressed cane juice to sweeten them. The base is coconut water so you know that's additional mineral content, and we extract everything freshly," he said.

Opened Mondays through Saturdays from noon to 6 p.m., they offer dine-in and take-out services. Free delivery is also available within a certain radius.

The average meal is made up of three dishes. Consumers can choose to order a half serving of each dish, giving them the opportunity to try a variety of dishes and create a balanced meal. A meal with three dishes costs approximately $450. Juices and smoothies range from $300 to $350. Pies cost $250 per slice .

Ben Tsedek also using his creative side as a musical artiste. He has penned a song to help promote the raw-food lifestyle is and, ultimately, the restaurant. His song, a fusion of Little Lenny's Healthy Body rhythm and Potential Kidd's - 'A yah suh nice', catch phrase adopted to his concept, a yah suh live.

He deejays: "She nuh eat nuh deadas. She nuh rob har body of essential enzymes. When it come on to good health, a Fire Light she dine. She a 50 and look 29."

The song will be released soon.

He will also be exploring in the near future, live food-preparation courses and an Abundant Living Gathering which will be an educational expo in wholistic living.