Gastronomic delights for polo this Sunday 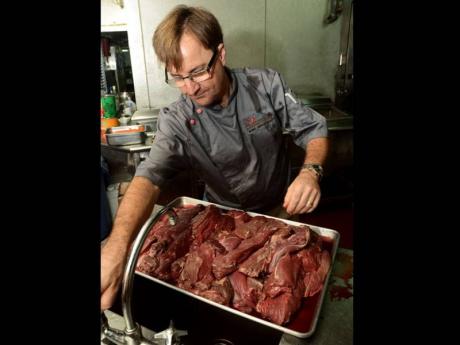 Chef Bobo Bergstrom marinated the meats and will be keeping them frozen until this weekend. 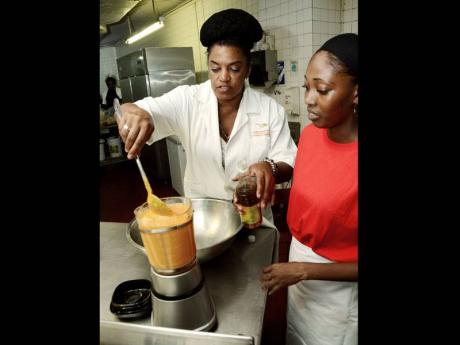 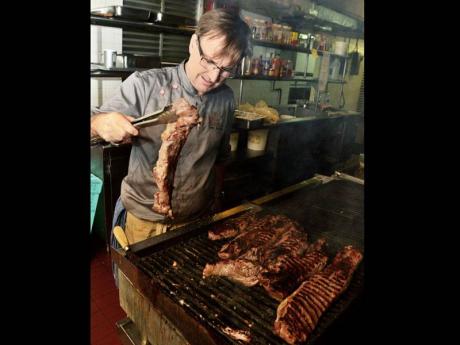 This year promises to be an exciting one, with four teams entered to play polo on Sunday at the Kingston Polo Club at Caymanas Estate sponsored by Scotia Private Client Group, Audi, Wyndham and Bin 26. New sponsors this year are Audi and Veuve Clicquot.

Chefs from five Caribbean restaurants will travel to Kingston to stage a culinary extravaganza. Among them are Chef Bobo Bergstrom from The Edge, St Lucia; Damian Heaney from The Beach House, St Kitts; and Chef Elisha Toussaint from the Firefly, Mustique. A Jamaica pavillion created by Chef Dennis Mcintosh, chairman of the Culinary Federation of Jamaica, will dominate the VIP marquee. And, Jamaica's chef par excellence, Jacqui Tyson, is coordinating it all1 She told The Gleaner that all systems are go for Sunday, April 29, provided there is no more rain. She noted that the biggest loss last week was in the area of pastries that had to be distributed to the Scotiabank's branches throughout the island.

"Meats that were partially prepped were marinated and frozen and the flowers were also sent to the bank branches, but we lost the sauces," Tyson told Food that Chef Elisha Toussaint from Mustique reurned home but Chef Bobo Bergstrom remained and is ready to get back to work. Tyson who provided teams of staff for the entire operation, will have direct responsibility for the salad bar, fillers and pasta. She said small-plate food service will begin at 11 a.m. Sunday morning, CPJ will provide wines, and everything will be in place to ensure that the signature excellent Scotiabank hospitality is evident all day.

All of this is in recognition of Jamaica's 50th anniversary of Independence under the theme 'Taste the Caribbean'.