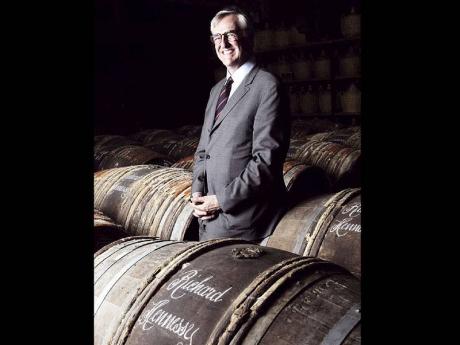 Hennessy will be in Jamaica to participate in the launch of the Hennessy VS Limited Edition Bottle that has been created to commemorate and celebrate the 50th Anniversary of Jamaica's Independence. Distributed by J. Wray & Nephew, Hennessy Cognac is a preferred cognac in Jamaica.

A Parisian by birth, Hennessy spent his youth in Cognac, studied agriculture in Paris and spent a number of years in West Africa. In 1975, he returned to Cognac and the family firm. He focused first on communications, before playing an active role in developing the British market. Since returning to Cognac in 1984, he has been one of Hennessy's most tireless ambassadors. He travels widely to promote Hennessy products, training staff around the world, rallying the international sales team and serving as a spokesperson with media.

Hennessy is fluent in English, Spanish and Italian. His hobbies include cooking and gardening. A passionate music lover, he organises concerts in his hometown and often uses musical terms to explain the blending processes of cognac. Following family tradition, he owns a vineyard, which has him involved personally in the main activity of the Cognac region, where he lives with his wife, Catherine.