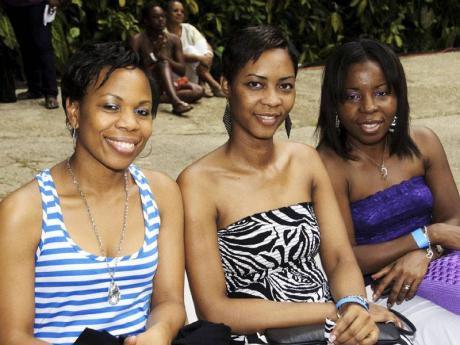 England-based disc jockey and promoter Gordon Wedderburn will be jazzing up the dance floor at Studio 38 this Friday as organisers of Kingston Pon Di River serve up a tasty appetiser ahead of this weekend's literature, music and art festival.

Wedderburn, who migrated from Kingston to London and wears many hats as jazz show presenter, promoter and compere, is thrilled at the prospect of playing on what will virtually be the opening night of Kingston Pon Di River.

As CEO of GW Jazz, he has carved out a niche with popular jazz shows which he produces and presents for Internet radio. Wedderburn's magnetic vibe has brought new horizons to his listeners, especially in the genres of United Kingdom jazz and jazz fusion.

An alumnus of Calabar High School and the University of the West Indies, Wedderburn has a monthly residency at the ritzy, heartbeat of a cultural hub in Brixton, where he presents emerging and popular live jazz acts, as well as playing from a wide range of jazz, world and lo-fi music.

Friday night's Studio 38 teaser will be an adults-only, laid-back affair to whet appetites for the fusion of poetry, prose, music, art and food. It will offer a chance to mix and mingle with presenters in this year's Kingston Pon Di River festival. Among the headliners for the night will be poet Tomlin Ellis; 'Sextacy' radio host Shelly-Ann Weeks; empress of steamy poetry, Tanya Shirley; and actress Rosie Murray. There will also be an open-mic session, climaxing with a dance party.

Earlier on Friday, United States novelists Charlie Newton and Jonathan Eig, who are slated to make presentations on the weekend, will host a writers' workshop with members of the Jamaica Constabulary Force at The Jamaica Pegasus hotel. It runs from 2 p.m.-4 p.m. Policemen and women of any rank may attend.

Kingston Pon Di River gets under way fully on Saturday evening, April 28, with various drumming ensembles beating up a storm at the lush, riverside venue Boone Hall Oasis with the sounds of Africa and the Caribbean.

Some of Jamaica's most skilful drummers will be on hand, as well as Latin Roots, a group from Cuba.

Kingston Pon Di River will also have other amenities for patrons, such as riverside massages, displays of art, great cuisine, and a kids' village.