Act now on US tax law 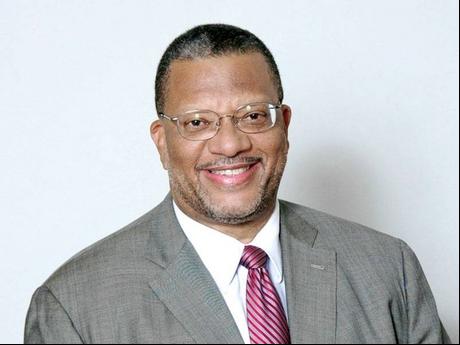 THE HEAD of one major financial institution in Jamaica is urging the government delegation now meeting with International Monetary Fund (IMF) officials in Washington to use the opportunity to engage members of the Barack Obama administration in discussion on the controversial Foreign Account Tax Compliance Act (FATCA), and how it will impact local financial institutions.

Finance and Planning Minister Dr Peter Phillips and senior technocrats, including Financial Secretary Dr Wesley Hughes and Bank of Jamaica Governor Brian Wynter are holding talks with a team from the IMF in the United States.

General manager of Jamaica National Building Society (JNBS), Earl Jarrett, said the FATCA, which was passed by the US legislature in 2010, should not take Jamaica by surprise.

"It wasn't a stealth law - it came about from 2010," Jarrett said, indicating that he was not aware of any public dialogue on FATCA by the Jamaican administration.

"What this is telling us is that we can't just mind our own business at Gordon House. We have to have a watching brief on what is happening at 10 Downing Street or even Washington or increasingly Beijing (China), so we have to embrace this global space," Jarrett said yesterday during a Gleaner Editors' Forum at the newspaper's North Street, central Kingston, offices.

He suggested that a public education drive be carried out to explain FATCA and how it will affect local financial institutions and Jamaicans with American ties.

"For me, I think the first step and the most important thing is really for the State to come alive and to begin to see what is the best way in which Jamaica can craft a response to its major trading partner and friend in addressing the issue of taxes," Jarrett added.

Meanwhile, secretary general of the Caribbean Community (CARICOM), Ambassador Irwin LaRocque, on Tuesday held talks with a CARICOM caucus of ambassadors in Washington on the Community's response to FATCA.

Provisions in the US law, which is to take effect at the start of next year, will have implications for banks and financial institutions not only in Jamaica, but the region.

The FATCA will require foreign financial institutions to provide the Internal Revenue Service (IRS) with information on certain "United States persons" investments in accounts outside the US and for certain non-US entities to provide details about any US owners.

Given the demands of the FATCA, there is concern that compliance would contravene local laws to which the banking and financial institutions are obligated.

Attorney-at-law and chief compliance officer at JNBS, Tasha Manley, told Gleaner editors that there was a conflict of law issue with the requirement under FATCA to report information on the customers of the institution.

"Obviously, there is legislation here locally and in most jurisdictions which prohibit a bank or any other financial institution from disclosing customer information, except in particular circumstances," Manley explained.

She said provisions under the Financial Institutions Act, the Building Societies Act and the Banking Act state the circumstances in which information could be disclosed.

"The US recognises this and what they have said is that when you sign on to the agreement, you would have to obtain the consent of your customer in order to share the information," Manley added.

Under the FATCA statute, which is slated for implementation on January 1, 2013, if a customer of a financial institution refuse to give consent for information on his financial standing to be divulged to the IRS, the entity might have no option but to close the existing account.

However, Manley said that apart from the issue of confidentiality, the customer could argue that the financial institution has no basis on which to close the account and seek legal redress locally.